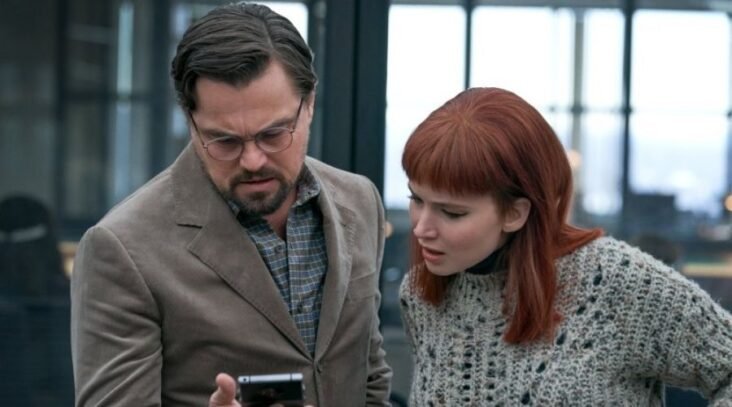 2021 is about to end and this is the time to look back on the year and list all of the best Netflix original movies of this year. This was a great year for Netflix’s original films, as there were so many movies and some of them were pretty brilliant. The movies on this list are not ranked.

Synopsis: While spending the summer in North Philadelphia, a troubled teen (Caleb McLaughlin) is caught between a life of crime and his estranged father’s (Idris Elba) vibrant urban-cowboy subculture. Based on the novel ‘Ghetto Cowboy’ by G.Neri, Concrete Cowboy is directed by Ricky Staub and co-stars Jharrel Jerome, Byron Bowers, Lorraine Toussaint and Clifford “Method Man” Smith.

Synopsis: In this hidden-camera prank comedy, two best friends bond on a wild road trip to New York as they pull real people into their raunchy, raucous antics.

Synopsis: As WWII looms, a wealthy widow (Carey Mulligan) hires an amateur archaeologist (Ralph Fiennes) to excavate the burial mounds on her estate. When they make a historic discovery, the echoes of Britain’s past resonate in the face of its uncertain future‎.

Synopsis: Fed up with the sexist and toxic status quo at her high school, a shy 16-year-old finds inspiration from her mother’s rebellious past and anonymously publishes a zine that sparks a school-wide, coming-of-rage revolution. Based on the novel by Jennifer Mathieu. Directed by Amy Poehler.

I Care a Lot

Synopsis: A crooked legal guardian who drains the savings of her elderly wards meets her match when a woman she tries to swindle turns out to be more than she first appears. Starring Rosamund Pike, Peter Dinklage, Eiza González, Dianne Wiest, and Chris Messina.

Synopsis: Jackie Justice (Halle Berry) is a mixed martial arts fighter who leaves the sport in disgrace. Down on her luck and simmering with rage and regret years after her last fight, she’s coaxed into a brutal underground fight by her manager and boyfriend Desi (Adan Canto) and grabs the attention of a fight league promoter (Shamier Anderson) who promises Jackie a life back in the octagon. But the road to redemption becomes unexpectedly personal when Manny (Danny Boyd, Jr.) — the son she gave up as an infant — shows up at her doorstep. BRUISED marks the directorial debut of Academy Award winner Halle Berry and also stars Adriane Lenox, Sheila Atim, Valentina Shevchenko, and Stephen McKinley Henderson.

Synopsis: When filmmaker Malcolm (John David Washington) and his girlfriend Marie (Zendaya), return home from a movie premiere and await his film’s critical response, the evening takes a turn as revelations about their relationship surface, testing the couple’s love.

Synopsis: The ambitious driver (Adarsh Gourav) of a rich Indian couple (Priyanka Chopra Jonas and Rajkummar Rao) uses his wit and cunning to escape from poverty and become an entrepreneur. The White Tiger is based on the bestselling novel by Aravind Adiga, directed and written for the screen by Ramin Bahrani and executive produced by Ava DuVernay, Priyanka Chopra Jonas and producer Mukul Deora.

The Mitchells vs. the Machines

Synopsis: The Mitchells vs. The Machines (formerly Connected) is an original animated comedy about an everyday family’s struggle to relate while technology rises up around the world! When Katie Mitchell (voiced by Abbi Jacobson), a creative outsider, is accepted into the film school of her dreams, her plans to meet “her people” at college are upended when her nature-loving dad Rick (voiced by Danny McBride) determines the whole family should drive Katie to school together and bond as a family one last time.

Synopsis: A domineering but charismatic rancher wages a war of intimidation on his brother’s new wife and her teen son — until long-hidden secrets come to light.

Synopsis: The Guilty takes place over the course of a single morning in a 911 dispatch call center. Call operator Joe Baylor (Gyllenhaal) tries to save a caller in grave danger—but he soon discovers that nothing is as it seems, and facing the truth is the only way out.

Synopsis: Adapted from the celebrated 1929 novel of the same name by Nella Larsen, PASSING tells the story of two Black women, Irene Redfield (Tessa Thompson) and Clare Kendry (Academy Award nominee Ruth Negga), who can “pass” as white but choose to live on opposite sides of the color line during the height of the Harlem Renaissance in late 1920s New York. After a chance encounter reunites the former childhood friends one summer afternoon, Irene reluctantly allows Clare into her home, where she ingratiates herself to Irene’s husband (André Holland) and family, and soon her larger social circle as well. As their lives become more deeply intertwined, Irene finds her once-steady existence upended by Clare, and PASSING becomes a riveting examination of obsession, repression and the lies people tell themselves and others to protect their carefully constructed realities.

Synopsis: DON’T LOOK UP tells the story of two low-level astronomers who must go on a giant media tour to warn mankind of an approaching comet that will destroy planet Earth. Written and Directed by Adam McKay.

This concludes the list of the best Netflix original movies of 2021. So, if you have watched them tell us in the comments and we will make a new list for you, and if you haven’t what are you waiting for. 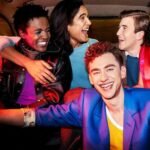