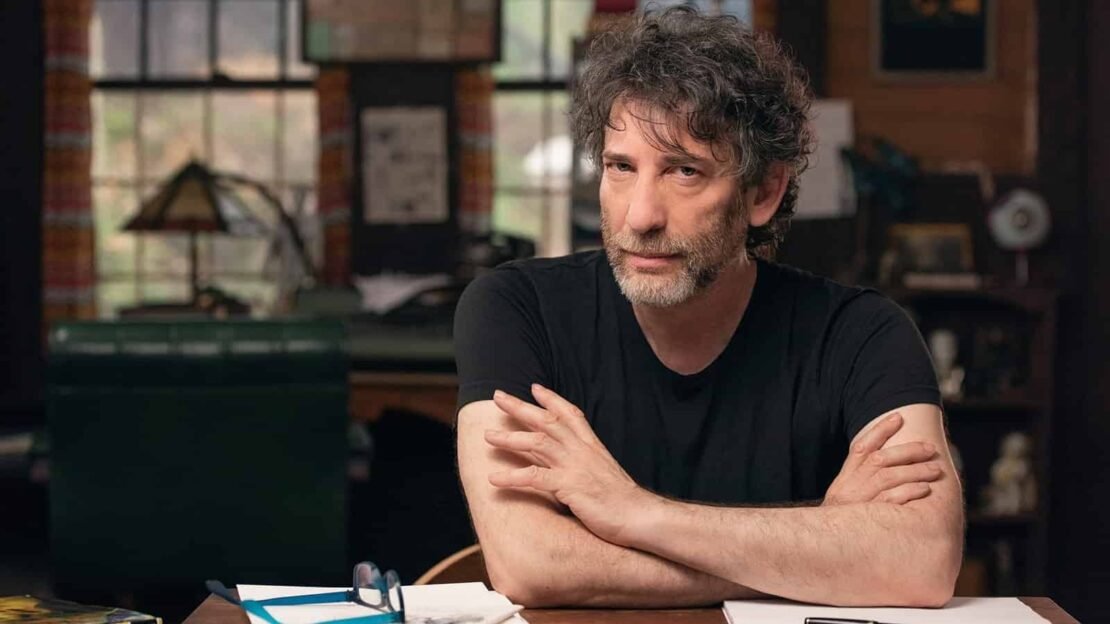 Neil Gaiman is one of the best fantasy authors, who has written a lot of brilliant stories and has garnered a lot of fan following. While the English author has been outrageously successful in the literary world, that rule hasn’t completely applied to the adaptations creators have made from his books and graphic novels. While recently Gaiman’s adaptations have been wildly popular it’s his early adaptations that have missed the mark. So, today we will rank the best 7 Neil Gaiman adaptations so you can prioritize them and we will also mention some of his highly anticipated upcoming work.

7. How to Talk to Girls at Parties (Movie)

Synopsis: From the raucous dual imaginations of fantasy laureate Neil Gaiman (“American Gods,” Coraline) and glam-rock multi-hyphenate John Cameron Mitchell (Hedwig and the Angry Inch, Shortbus) comes the electrifying and singular pop extravaganza film, How To Talk To Girls At Parties. Enn (Alex Sharp) is a shy suburban London teenager in 1977, sneaking out with his best friends to after-hours punk parties. One night they stumble upon a bizarre gathering of sexy teenagers who seem like they are from another planet. In fact, they are from another planet, visiting Earth to complete a mysterious rite of passage. That doesn’t stop Enn from falling madly in love with Zan (Elle Fanning), a beautiful and rebellious alien teenager who, despite her allegiance to her strange colony, is fascinated by Enn. Together they embark on a delirious adventure through the kinetic punk rock world of 1970s London, inadvertently setting off a series of events that will lead to the ultimate showdown of punks vs. aliens, and test the limits of how far each of them will go for true love.

Synopsis: The White Queen sleeps and will not wake. Black shadows have fallen across her kingdom. The balance between Dark and Light is broken and only the MIRRORMASK can restore it. So Helena, a stranger in a strange land, embarks on an epic quest to find the missing charm before darkness envelops the Dreamworld forever. Written by award-winning fantasy writer Neil Gaiman, MIRRORMASK is a phantasmagorical treat for the eyes and mind, a wondrous blend of live action and CG animation, where strange, magical creatures dwell in a fantasy world of unbridled imagination and scope, as told through the spectacular, cutting-edge visuals of designer/director Dave McKean.

Synopsis: Escape into the enchanted world of chivalry and romance in Stardust, an epic tale starring Claire Danes with Michelle Pfeiffer and Robert De Niro. In hopes of wooing a beautiful girl (Sienna Miller), Tristan (Charlie Cox) promises to bring her a falling star. But he’s in for the adventure of his life when he discovers the star is actually a celestial beauty named Yvaine (Danes) When an old witch Lamia (Pfeiffer) attempts to steal Yvaine’s youth, Tristan must protect her at all costs, in this magical family adventure that will make you fall in love over and over again.

Synopsis: The End of the World is coming, which means a fussy Angel and a loose-living Demon who’ve become overly fond of life on Earth are forced to form an unlikely alliance to stop Armageddon. But they have lost the Antichrist, an 11-year-old boy unaware he’s meant to bring upon the end of days, forcing them to embark on an adventure to find him and save the world before it’s too late.

Synopsis: Adapted by Henry Selick from Neil Gaiman’s bestselling novel of the same name, Coraline tells the fantastic tale of Coraline Jones (voiced by Dakota Fanning), an 11-year-old girl who discovers an other world when she ventures through a secret doorway in the house she has recently moved into with her parents. There, her world is literally turned inside out when she is met by her Other Mother (voiced by Teri Hatcher), an overly attentive parent with buttons for eyes who gives Coraline everything she wants, until she demands the impossible in return.

Anansi Boys tells the story of our hero Charlie Nancy, as he discovers that his estranged and recently deceased father is actually Anansi, the West African trickster god of stories. With this, he also finds out that he has a twin brother named Spider, who enjoys an interesting but life and wants Charlier to join him. Gaiman wrote the novel after an interesting conversation with Sir Lenny Henry. Anansi Boys was Neil Gaiman’s first New York Times bestseller, after being in the works for over ten years.

Synopsis: Originally based on Terry Pratchett and Neil Gaiman’s international best-selling novel, the new season will explore storylines that go beyond the original source material to illuminate the uncanny friendship between Aziraphale, a fussy angel and rare book dealer, and the fast-living demon Crowley. Having been on Earth since The Beginning, and with the Apocalypse thwarted, Aziraphale and Crowley are getting back to easy living amongst mortals in London’s Soho when an unexpected messenger presents a surprising mystery.

The character is from the DC Comics which were created by Gaiman in 1991 for his Sandman comics, and the potential series will follow the Dead Boy Detectives which include Charles Rowland and Edwin Paine who are ghosts of two young boys and after their death, they decide not to enter the afterlife and they choose to stay on Earth to investigate supernatural crimes. The characters from the comics were originally drawn by Matt Wagner and Malcolm Jones III, and they received their own miniseries which came out in 2001 and was written by Ed Brubaker from art by Bryan Talbot.