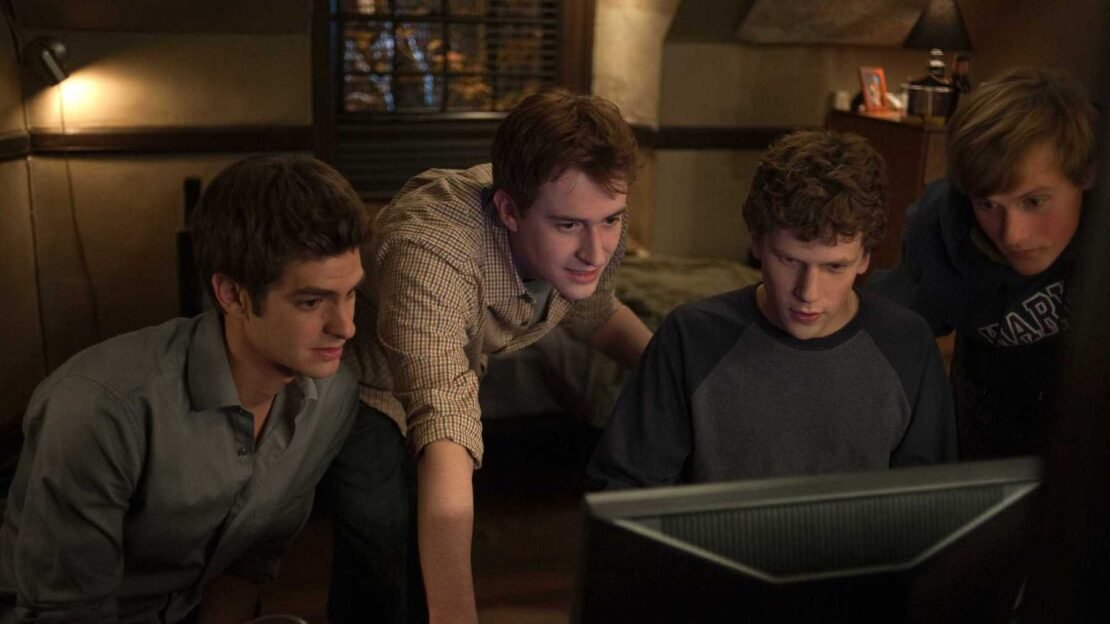 2021 is here, and everybody expected it to be an oasis but everybody is still sitting at home and watching movies or series, and we are here to help with that so here is the list of best movies on Netflix now in January 2021.

Jake Gyllenhaal’s one of the best movies to date is Nightcrawler. Nightcrawler follows Louis Bloom (Jake Gyllenhaal) a hard worker who just wants to become successful, and then he realizes that there is a lot of money in capturing crime scene videos and selling them to news channels. The film takes a sharp turn and introduces us to the real nature of Louis which is horrifying.

Catch Me If You Can

Tom Hanks and Leonardo DiCaprio’s Catch Me If you Can is created by the legendary Stephen Spielberg and it is based on real-life events. The story follows Frank Abagnale Jr. (DiCaprio) as he cons his way through all his life and Carl Hanratty a the book FBI Agent who is trying to catch Frank. This cat and mouse game ensues between Frank and Carl until one of them loses.

This Netflix film starred the late Chadwick Boseman and told the story of four African American soldiers who return to Vietnam to find their fallen squad leader (Chadwick Boseman) remains. The official Sypnosis of the movie is, “African-American Vets — Paul (Delroy Lindo), Otis (Clarke Peters), Eddie (Norm Lewis), and Melvin (Isiah Whitlock, Jr.) — who return to Vietnam. Searching for the remains of their fallen Squad Leader (Chadwick Boseman) and the promise of buried treasure, our heroes, joined by Paul’s concerned son (Jonathan Majors), battle forces of Man and Nature — while confronted by the lasting ravages of The Immorality of The Vietnam War.”

Directed by David Fincher, Mank was already a hit even before it was on Netflix. Mank tells the story of the great writer Herman Mankewich who wrote one of the greatest films of all time Citizen Kane. The story jumps back and forth between when Mank is writing Citizen Kane and in the past when the politics have taken over the city of angels.

The Trial Of The Chicago 7

My favorite movie of this year, written and directed by my favorite screenwriter Aaron Sorkin is this Netflix Original. The Trial of the Chicago 7 follows the criminal trial against the Chicago 7, and it is based on the infamous trial of 1969 where 7 defendants were charged by the federal government with conspiracy to incite a riot and more. The seven defendants were Tom Hayden, Abbie Hoffman, Jerry Rubin, David Dellinger, Rennie Davis, Lee Weiner, John Froines, and Bobby Seale (He isn’t in the Chicago 7) who went to Chicago at the Democratic National Convention to protest the Vietnam War peacefully but things didn’t go as they had hoped.

Netflix’s official synopsis is, “From acclaimed filmmakers, Josh and Benny Safdie come to an electrifying crime thriller about Howard Ratner (Adam Sandler), a charismatic New York City jeweler always on the lookout for the next big score. When he makes a series of high-stakes bets that could lead to the windfall of a lifetime, Howard must perform a precarious high-wire act, balancing business, family, and encroaching adversaries on all sides, in his relentless pursuit of the ultimate win.”

Another great performance by William Dafoe, The Florida Project follows Monee and her two best friends as they make their own adventures, Monee’s mother is struggling with life but a kind motel manager looks after the kids and protects them from the harsh realities of the world.

The Perks of Being a Wallflower

The Perks of Being a Wallflower really hits hard, at times a really funny life of a teenager and other times a deep look at the trauma of a fragile teenager.

The official synopsis is, “Based on the bestselling novel, an introverted freshman is taken under the wings of two seniors who welcome him to the real world. Directed by Stephen Chbosky, starring Logan Lerman and Emma Watson.“

One of the best movie of this generation about Facebook, written by Aaron Sorkin the greatest screenwriter who is not on Facebook but still tells it perfectly. The Social Network follows Mark Zuckerberg after and before the success of Facebook. It is a story less about Facebook and more about friendship and loneliness.

The Devil All The Time

The Devil All The Time tells the story of an orphan named Arvin Russell (Tom Holland) and the people around him. Arvin Russell wants to be a good man even though sometimes he can’t control his violent tendencies because of some of the vile people in his life. The Devil All The Time is a really great film with some really great actors who will pull you into their world for all of the movie’s runtime.

Even though Boseman has passed away, his work will be remembered through generations and his final movie is Ma Rainey’s Black Bottom. Directed by George C. Wolfe, this movie is based on the play by August Wilson.