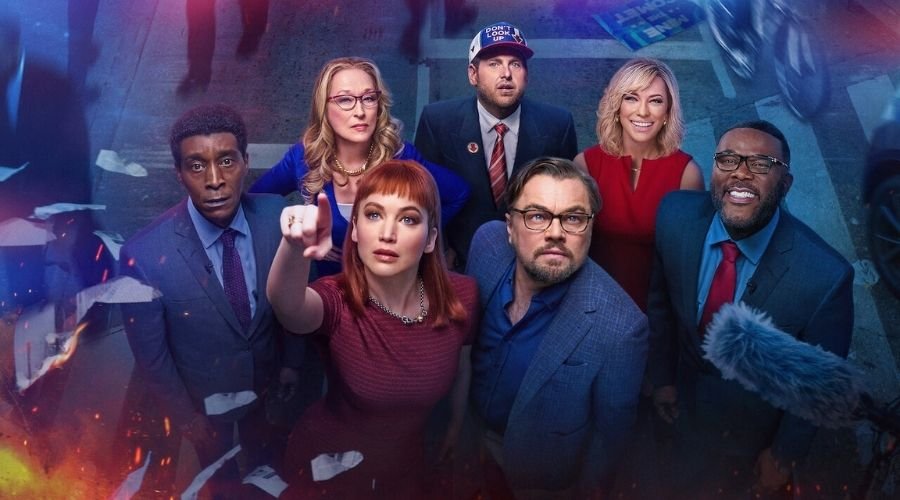 Heavy and very controversial topics like climate change are very hard to depict correctly in fictional films, but some creators still try, and sometimes they get it right, but most of the time that’s not the case. The same topic is very depicted very well in many brilliant documentaries. So, today we are here to get you to take a look at these 7 films that were about climate change, but only some of the films on this list are just for their entertainment value, and some of these are documentaries that were absolute genius and the other films are also brilliant. So, here are the 7 best movies about climate change that you should watch right now if you haven’t already.

7. The Day After Tomorrow

Synopsis: When global warming triggers the onset of a new Ice Age, tornadoes flatten Los Angeles, a tidal wave engulfs New York City and the entire Northern Hemisphere begins to freeze solid. Now, climatologist Jack Hall (Dennis Quaid), his son Sam (Jake Gyllenhaal) and a small band of survivors must ride out the growing superstorm and stay alive in the face of an enemy more powerful and relentless than any they’ve ever encountered: Mother Nature!

Synopsis: Kate Dibiasky (Jennifer Lawrence), an astronomy grad student, and her professor Dr. Randall Mindy (Leonardo DiCaprio) make an astounding discovery of a comet orbiting within the solar system. The problem — it’s on a direct collision course with Earth. The other problem? No one really seems to care. Turns out warning mankind about a planet-killer the size of Mount Everest is an inconvenient fact to navigate. With the help of Dr. Oglethorpe (Rob Morgan), Kate and Randall embark on a media tour that takes them from the office of an indifferent President Orlean (Meryl Streep) and her sycophantic son and Chief of Staff, Jason (Jonah Hill), to the airwaves of The Daily Rip, an upbeat morning show hosted by Brie (Cate Blanchett) and Jack (Tyler Perry). With only six months until the comet makes impact, managing the 24-hour news cycle and gaining the attention of the social media obsessed public before it’s too late proves shockingly comical — what will it take to get the world to just look up?!

Synopsis: Chasing Coral taps into the collective will and wisdom of an ad man, a self-proclaimed coral nerd, top-notch camera designers, and renowned marine biologists as they invent the first time-lapse camera to record bleaching events as they happen. Unfortunately, the effort is anything but simple, and the team doggedly battles technical malfunctions and the force of nature in pursuit of their golden fleece: documenting the indisputable and tragic transformation below the waves. With its breathtaking photography, nail-biting suspense, and startling emotion, Chasing Coral is a dramatic revelation that won’t have audiences sitting idle for long. Chasing Coral premiered at the 2017 Sundance Film Festival.

Synopsis: It’s been 18 years since we froze the earth. The few remaining humans live on the Snowpiercer, a train on an infinite loop around the globe. For those at the front, it’s a lavish paradise of drugs and sushi in the lap of luxury; for those trapped in the tail section, life is short and cruel. But change is in the air. Curtis (Chris Evans), desperate to escape the tail of the train, plans an uprising, aided by his mentor Gilliam (John Hurt). What begins as an isolated riot explodes into a mass revolution, an all-or-nothing push to the front of the train, and a war for humanity’s future. Who will live and who will die? How far can they go? Is there hope beyond the frozen wastes?

Synopsis: Director Davis Guggenheim eloquently weaves the science of global warming with Al Gore’s personal history and lifelong commitment to reversing the effects of global climate change in the most talked-about documentary at Sundance. An audience and critical favorite, An Inconvenient Truth makes the compelling case that global warming is real, man-made, and its effects will be cataclysmic if we don’t act now. Gore presents a wide array of facts and information in a thoughtful and compelling way: often humorous, frequently emotional, always fascinating. In the end, An Inconvenient Truth accomplishes what all great films should: it leaves the viewer shaken, involved and inspired.

2. Beasts of the Southern Wild

Synopsis: In a forgotten but defiant bayou community cut off from the rest of the world by a sprawling levee, a six-year-old girl exists on the brink of orphanhood. Buoyed by her childish optimism and extraordinary imagination, she believes that the natural world is in balance with the universe until a fierce storm changes her reality. Desperate to repair the structure of her world in order to save her ailing father and sinking home, this tiny hero must learn to survive unstoppable catastrophes of epic proportions.