2021 has been a great year for movies compared to the dumpster fire, which was 2020. This year many movies from mega-blockbusters to indie films were released and we are here to list the best 7 LGBTQ+ movies of 2021, so if you want to see some layered and beautiful LGBTQ+ characters exploring their relationships (not in a cringey way, like they did in the old movies) this is the list for you. The movies on this list are not ranked.

Synopsis: In the late 17th century, with plague ravaging the land, Benedetta Carlini joins the convent in Pescia, Tuscany, as a novice. Capable from an early age of performing miracles, Benedetta’s impact on life in the community is immediate and momentous.

Synopsis: Set in the near future, “Swan Song” is a powerful, emotional journey told through the eyes of Cameron (Mahershala Ali), a loving husband and father who is expecting his second child with his wife Poppy (Naomie Harris). When Cameron is diagnosed with a terminal illness, he is presented with an alternative solution by his doctor (Glenn Close) to shield his family from grief. As Cameron grapples with whether or not to alter his family’s fate, he learns more about life and love than he ever imagined. Written and directed by Academy Award-winning filmmaker Benjamin Cleary, “Swan Song” explores how far we will go, and how much we’re willing to sacrifice, to make a happier life for the people we love.

Synopsis: A Cannes Film Festival sensation and Palme d’Or winner, TITANE is a feverish and jaw-dropping ride from the mind of Julia Ducournau (RAW). With a titanium plate surgically fused to her skull following a car crash as a child, car model Alexia embarks on a wild and ultimately unpredictable journey that questions our assumptions about family, identity and love.

Synopsis: Severe, pale-eyed, handsome, Phil Burbank is brutally beguiling. All of Phil’s romance, power and fragility is trapped in the past and in the land: He can castrate a bull calf with two swift slashes of his knife; he swims naked in the river, smearing his body with mud. He is a cowboy as raw as his hides.

The year is 1925. The Burbank brothers are wealthy ranchers in Montana. At the Red Mill restaurant on their way to market, the brothers meet Rose, the widowed proprietress, and her impressionable son Peter. Phil behaves so cruelly he drives them both to tears, reveling in their hurt and rousing his fellow cowhands to laughter – all except his brother George, who comforts Rose then returns to marry her.

As Phil swings between fury and cunning, his taunting of Rose takes an eerie form – he hovers at the edges of her vision, whistling a tune she can no longer play. His mockery of her son is more overt, amplified by the cheering of Phil’s cowhand disciples. Then Phil appears to take the boy under his wing. Is this latest gesture a softening that leaves Phil exposed, or a plot twisting further into menace?

Synopsis: When Adam’s (Mark Duplass) husband surprises him with weekly online Spanish lessons, he’s unsure about where or how this new element will fit into his already structured life. But when tragedy strikes, his Spanish teacher, Cariño (Natalie Morales), becomes a lifeline he didn’t know he needed.

Synopsis: Inspired by true events, New Regency’s and Film4’s “Everybody’s Talking About Jamie” is the film adaptation of the hit musical. Jamie New is 16 and doesn’t quite fit in—instead of pursuing a “real” career he dreams of becoming a drag queen. Uncertain about his future, Jamie knows one thing for sure: he is going to be a sensation. Supported by his loving mom and his amazing friends, Jamie overcomes prejudice, beats the bullies and steps out of the darkness, into the spotlight.

Synopsis: Firebird is a touching love story set in the Soviet Air Force during the Cold War. Sergey, a troubled young private, is counting the days till his military service ends. His life is turned upside down when a daring fighter pilot, Roman arrives at the base. Driven by curiosity, Sergey and Roman navigate the precarious line between love and friendship as a dangerous love triangle forms between them and Luisa, the secretary to the base Commander. Sergey is forced to face his past as Roman’s career is endangered and Luisa struggles to keep her family together. As the walls close in, they risk their freedom and their lives in the face of an escalating KGB investigation and the fear of the all-seeing Soviet regime. Based on a true story.

This concludes the list of the 7 LGBTQ+ movies of 2021. So, if you have watched them tell us in the comments and we will make a new list for you, and if you haven’t what are you waiting for. 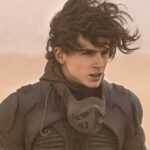