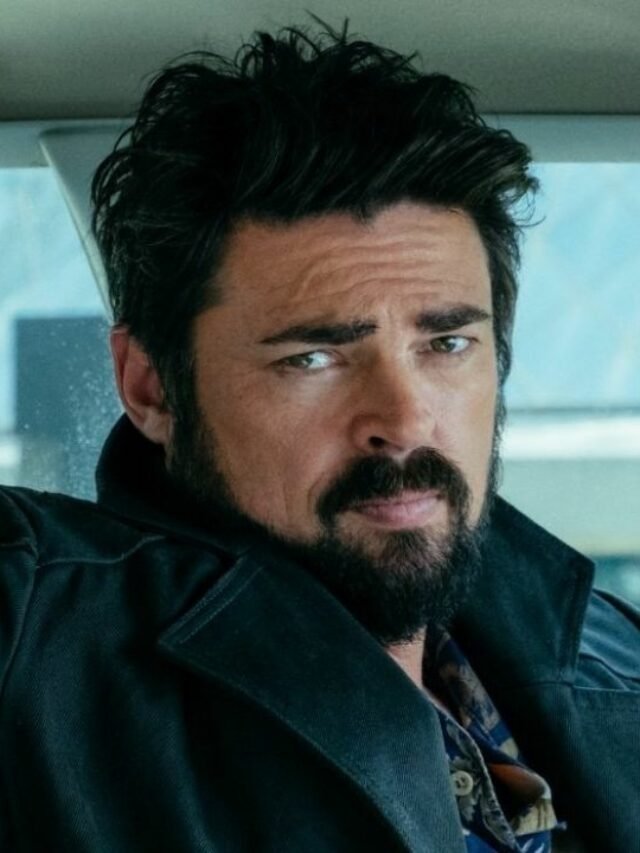 Karl-Heinz Urban is a New Zealand actor and you might best know him as the super-freak Billy Butcher from the hit Prime Video series The Boys, but he has had a big and successful career in Hollywood before he played basically everyone’s character. Urban started his career by starring in New Zealand TV shows and movies like Xena: The Warrior Princess and his first Hollywood role was the 2002 horror film Ghost Ship, and since then he has shown up in many high-profile films like The Lord of the Rings franchise and the Riddick franchise. So, here are the 10 best Karl Urban movies and TV shows.

Synopsis: Frank (Willis) is a former black-ops CIA agent living a quiet life alone…until the day a hit squad shows up to kill him. With his identity compromised, Frank reassembles his old team – Joe (Freeman), Marvin (Malkovich) and Victoria (Mirren) – and sets out to prove that they still have a few tricks up their sleeves. Stand back and watch the bullets fly in this explosive action-comedy.

9. The Chronicles of Riddick & Riddick

The Chronicles of Riddick (Synopsis): Vin Diesel (XXX, The Fast and the Furious) stars in this electrifying special-effects-fueled action spectacular! After years of outrunning ruthless bounty hunters, escaped convict Riddick suddenly finds himself caught between opposing forces in a fight for the future of the human race. Now, waging incredible battles on fantastic and deadly worlds, this lone, reluctant hero will emerge as humanity’s champion – and the last hope for a universe on the edge of annihilation. Powered by groundbreaking visual effects and pulse-pounding, thrill-a-minute action, The Chronicles of Riddick is “a roller coaster ride that leaves you kicking and screaming for more!” (Hollywood Hotwire)

Riddick (Synopsis): Vin Diesel reprises his role as the antihero Riddick in the latest chapter of the groundbreaking saga. A dangerous, escaped convict wanted by every bounty hunter in the known galaxy, Riddick has been left for dead on a sun-scorched planet that appears to be lifeless. Soon, however, he finds himself fighting for survival against alien predators more lethal than any human he’s encountered. The only way off is for him to activate an emergency beacon and alert mercenaries who rapidly descend to the planet in search of their bounty. With time running out and a deadly storm on the horizon that no one could survive, his hunters won’t leave the planet without Riddick’s head as their trophy. Also starring Katee Sackhoff (TV’s Battlestar Galactica), Karl Urban (Star Trek Into Darkness) and Dave Bautista (WWE).

Synopsis: In this action-packed show set in 2048, a worse-for-wear cop teams up with a second-hand synthetic android to fight a strain of urban crime that’s evolved in ever more frightening ways. After a devastating attack, Det. John Kennex (Karl Urban) teams up with an outdated Dorian android (Michael Ealy) whose somewhat dysfunctional emotional responses and flawed humanity connects him to Kennex.

Synopsis: For years, old wood carver Mr. Meacham (Robert Redford) has delighted local children with his tales of the fierce dragon that resides deep in the woods of the Pacific Northwest. To his daughter, Grace (Bryce Dallas Howard), who works as a forest ranger, these stories are little more than tall tales…until she meets Pete (Oakes Fegley). Pete is a mysterious 10-year-old with no family and no home who claims to live in the woods with a giant, green dragon named Elliott. And from Pete’s descriptions, Elliott seems remarkably similar to the dragon from Mr. Meacham’s stories. With the help of Natalie (Oona Laurence), an 11-year-old girl whose father Jack (Wes Bentley) owns the local lumber mill, Grace sets out to determine where Pete came from, where he belongs, and the truth about this dragon.

Synopsis: They should have left him alone. Academy Award® winner Matt Damon is back as expert assassin Jason Bourne in the stunning, non-stop action hit. Fueled by awesome fight scenes and some of the most breathtaking chase sequences ever filmed, it’s a state-of-the-art espionage thriller that explodes into action and never lets up!

Synopsis: In Marvel Studios’ “Thor: Ragnarok,” Thor is imprisoned on the other side of the universe without his mighty hammer and finds himself in a race against time to get back to Asgard to stop Ragnarok—the destruction of his homeworld and the end of Asgardian civilization—at the hands of an all-powerful new threat, the ruthless Hela. But first, he must survive a deadly gladiatorial contest that pits him against his former ally and fellow Avenger—the Incredible Hulk!

3. The Lord of the Rings: The Two Towers & The Return of the King

The Two Towers (Synopsis): In the part second of the Tolkien trilogy, Frodo Baggins and the other members of the Fellowship continue on their sacred quest to destroy the One Ring–but on separate paths. Their destinies lie at two towers–Orthanc Tower in Isengard, where the corrupt wizard Saruman awaits, and Sauron’s fortress at Barad-dur, deep within the dark lands of Mordor.

The Return of the King (Synopsis): “One ring to rule them all. One ring to find them. One ring to bring them all and in the darkness bind them.” In the conclusion of J.R.R. Tolkien’s epic masterpiece, The Lord of the Rings, as armies mass for a final battle that will decide the fate of the world–and powerful, ancient forces of Light and Dark compete to determine the outcome–one member of the Fellowship of the Ring is revealed as the noble heir to the throne of the Kings of Men. Yet, the sole hope for triumph over evil lies with a brave hobbit, Frodo, who, accompanied only by his loyal friend Sam and the hideous, wretched Gollum, ventures deep into the very dark heart of Mordor on his seemingly impossible quest to destroy the Ring of Power.

Synopsis: In the future, America is a dystopian wasteland. The latest scourge is Ma-Ma, a prostitute-turned-drug pusher with a dangerous new drug and aims to take over the city. The only possibility of stopping her is an elite group of urban police called Judges, who combine the duties of judge, jury and executioner to deliver a brutal brand of swift justice. But even the top-ranking Judge, Dredd (Karl Urban), discovers that taking down Ma-Ma isn’t as easy as it seems in this explosive adaptation of the hugely popular comic series.

Synopsis: When Hughie (Jack Quaid, The Hunger Games) suffers a devastating loss at the hands of a reckless Supe, his devastation turns to outrage when he discovers there is no legal recourse for victims of collateral superhero damage. While still reeling from his trauma Hughie meets a mysterious operative, Billy Butcher (Karl Urban, Star Trek), who recruits him to join in his pursuit of some vigilante justice against the Supes—who are not exactly what they seem.

The Boys is a fun and irreverent take on what happens when superheroes – who are as popular as celebrities, as influential as politicians and as revered as Gods – abuse their superpowers rather than use them for good. It’s the powerless against the super powerful as The Boys embark on a heroic quest to expose the truth about The Seven, and Vought – the multi-billion dollar conglomerate that manages these superheroes and covers up all of their dirty secrets. The Boys are rounded out by Mother’s Milk (Laz Alonso, Detroit), Frenchie (Tomer Capone, Hostages), and The Female (Karen Fukuhara, Suicide Squad). Simon Pegg (Mission: Impossible – Fallout) guest stars as Hughie’s father. 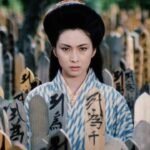 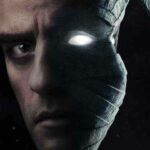