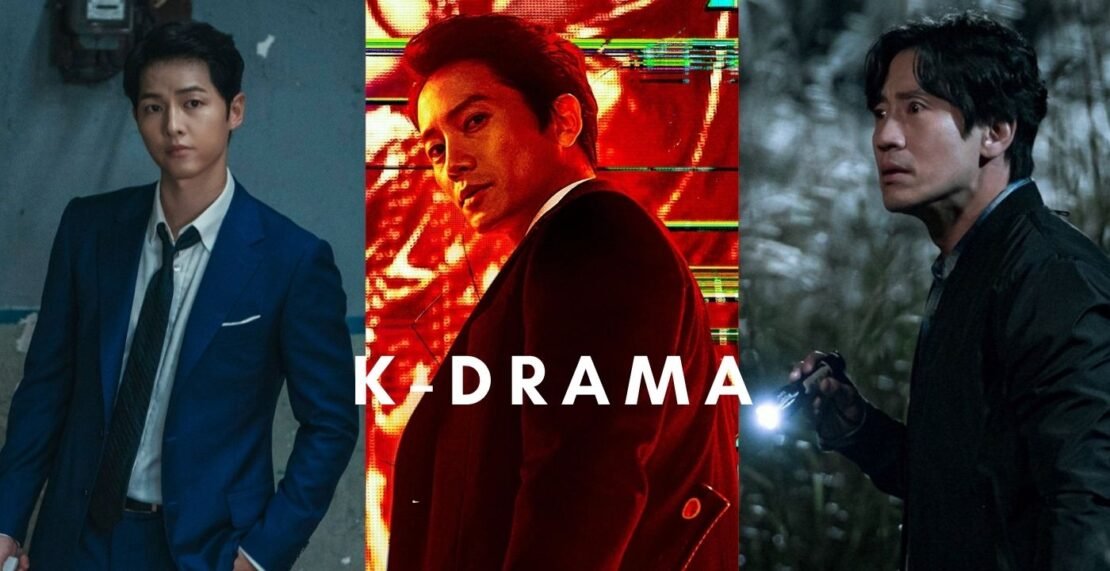 K-Drama has at last found its audience and it turns out that it’s the whole damn world. Korean TV shows are being watched in nearly every part of the world and there is a reason for it because they have something for everybody (personally for me they make the best serial killer shows ever). So, here’s the list of the best K-drama TV shows of 2021 that have come out so far.

Synopsis: At the age of eight Park Ju Hyeong is adopted by an Italian family and sent to be raised in Italy. Years later he has changed his name to Vincenzo Casano and has become a lawyer for the Italian mafia family. Because of some tensions between Vincenzo and the mafia, he leaves for South Korea where he meets Hong Cha Young a passionate lawyer and they team up to bring down an evil corporation

Synopsis: Kang Yo Han (Ji Sung) is the “Devil Judge” – the head judge of the highest court in the land. In a dystopian South Korea of the future, his word is the law, but his courtroom is also a television studio, and the court has become the ultimate TV reality show, with viewers invited to participate in a live, self-styled “people’s court.” Here, greed and corruption are apparently exposed for all the nation to see, and punishments meted out accordingly. A divisive figure, the public is unsure as to whether Kang Yo Han is a true popular hero or a malicious force sowing the seeds of chaos in his court.

Meanwhile, Jung Sun Ah (Kim Min Jung) is a tough, intelligent, and ambitious woman with a hunger for power. She has formed a bitter rivalry with Kang Yo Han and has risen from poverty to become the director of a corporate social responsibility foundation. She wields considerable behind-the-scenes power, maintaining close ties with politicians and business leaders alike – and is hellbent on promoting her own vision of the future. She is also gunning for the “Devil Judge” himself – hopeful of uncovering her rival’s darkest secrets.

Into this turbulent world step two childhood friends on a quest for true justice: a rookie orphan judge called Kim Ga On (Jinyoung) and a police officer named Yoon Soo Hyun (Park Gyu Young). Do they have what it takes to take on the scheming Jung Sun Ah…and the “Devil Judge?”

I know it’s not finished but I can’t complete the list without this show on it.

Synopsis: Law School was recently announced to be coming to Netflix and is currently the only New K-Drama series coming in April. The story of Law School sounds really similar to ABC’s How To Get Away With Murder.

In South Korea’s top law school, former elite prosecutor Yang Jong Hoon works as a professor and expects the high standards he had from his students.

Synopsis: Every day is extraordinary for five doctors and their patients inside a hospital, where birth, death and everything in between coexist.

Synopsis: Genius engineer Han Tae Sul is the co-founder of Quantum and Time. Even though the company is looked at as a great success the truth is the value of the company has fluctuated for the past ten years since the death of Tae-Sul’s brother. Meanwhile, Tae-Sul is being followed by Kang Seo Hae a very deadly soldier.

Synopsis: The series follows thirty-seven-year-old Ban Ha Ni who holds a temporary job and fears that she will someday get fired, she hopes to find a husband but her shy and timid attitude allows people to walk all over her. One day she encounters herself when she was seventeen years old and full of hope.

Synopsis: Do Ki has lived more honestly than anyone else as an officer in the Special Forces. Yet, when a serial killer murders his mother, he spends his days in agony. While feeling wronged and broken, Do Ki meets Jang Sung Chul, who recruits Do Ki to work for his company, Rainbow Taxi. Far from an ordinary taxi service, Rainbow Taxi is a secret organization that avenges victims whom the law didn’t protect. Here, Do Ki becomes a star driver who delivers satisfying revenge. Meanwhile, Ha Na is a prosecutor who investigates Rainbow Taxi. She is furious with their lawless behavior, but at the same time, she feels confused to see them solve cases that the law cannot. Between those who believe that revenge embodies true justice and those who pursue the outlaws, Do Ki seeks what justice truly means.

Synopsis: As a killing resembling a cold case resurfaces in a small town, the chase for the truth falls on two policemen who each harbor secrets of their own.

Synopsis: Hee Tae becomes the pride of Gwangju when he enters Seoul National University College of Medicine with top marks. His best friend Kyung Soo, an avid pro-democracy activist, insists they open an illegal clinic for students on the run from the government. One day, a factory worker is injured during a protest. In exchange for the costs of discreetly transporting himself and the factory worker to his hometown, Hee Tae must go to a meeting with a potential marriage partner arranged by his father. At this meeting, Hee Tae meets Myeong Hee, a nurse persevering through the hardships of life. She only agrees to go to this meeting in lieu of her friend Soo Ryeon, because she needs to come up with the airfare to go study in Germany. However, Myeong Hee and Hee Tae end up falling in love. In May of 1980, amidst the heated passion and cries for democracy that reverberate throughout Gwangju, Hee Tae and Myeong Hee find themselves in a twist of fate.

Synopsis: Finding life in all that’s left behind, a detail-oriented trauma cleaner and his estranged uncle deliver untold stories of the departed to loved ones.

This concludes the list of the best K-drama TV shows of 2021 (so far). So, if you have watched them tell us in the comments and we will make a new list for you, and if you haven’t what are you waiting for.