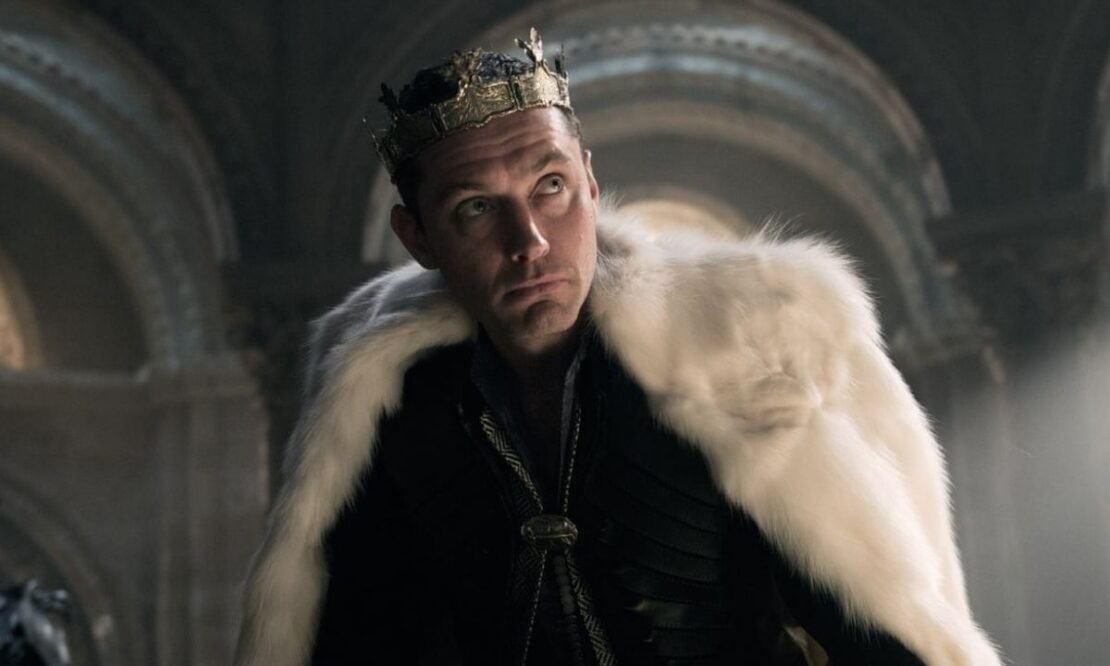 Jude Law is one most charismatic and talented actors working in Hollywood right now, and he has proven his worth as an actor over and over in many movies and TV shows. The actor has had a long career and he has worked in several genres proving his worth as an actor. Jude Law will be seen in the upcoming Fantastic Beast sequel, reprising the role of Dumbledore. So, before we get to see him in the Harry Potter world again here are the best 10 Jude Law movies.

Synopsis: The story of Oscar Wilde, genius, poet, playwright and the First Modern Man. The self-realization of his homosexuality caused Wilde enormous torment as he juggled marriage, fatherhood and responsibility with his obsessive love for Lord Alfred Douglas.

Synopsis: Oscar®-winning filmmaker Steven Soderbergh (Ocean’s Eleven films, Traffic) returns to large-scale cinema with this global action thriller that revolves around the threat of a deadly outbreak of a fatal disease and the people determined to keep it at bay. As the fast-moving epidemic grows, the worldwide medical community races to find a cure and control the panic that spreads faster than the virus itself. At the same time, ordinary people struggle to survive in a society coming apart. A stellar international ensemble cast including Academy Award® winners Matt Damon, Gwyneth Paltrow, Kate Winslet, Marion Cotillard and nominees Jude Law and Laurence Fishburne portray the dedicated doctors at the CDC and World Health Organization who rush to contain the outbreak of a new virus.

Synopsis: Rory (Jude Law), an ambitious entrepreneur and former commodities broker, persuades his American wife, Allison (Carrie Coon), and their children to leave the comforts of suburban America and return to his native England during the 1980s. Sensing opportunity, Rory rejoins his former firm and leases a centuries-old country manor, with grounds for Allison’s horses and plans to build a stable. Soon the promise of a lucrative new beginning starts to unravel, the couple have to face the unwelcome truths lying beneath the surface of their marriage.

Synopsis: Ethan Hawke, Uma Thurman, Alan Arkin and Jude Law star in this engrossing sci-fi thriller about an all-too-human man who dares to defy a system obsessed with genetic perfection. Hawke stars as Vincent, an “In-Valid” who assumes the identity of a member of the genetic elite to pursue his goal of traveling into space with the Gattaca Aerospace Corporation. However, a week before his mission, a murder marks Vincent as a suspect. With a relentless investigator in pursuit and the colleague he has fallen in love with beginning to suspect his deception, Vincent’s dreams steadily unravel.

Synopsis: Starring Nicole Kidman, Jude Law, and Renée Zellweger, Cold Mountain tells the story of Ada and Inman. At the dawn of the Civil War, the men of Cold Mountain, North Carolina, rush to join the Confederate army. Ada has vowed to wait for Inman, but as the war drags on and letters go unanswered, she must find the will to survive while desperately struggling to hold onto her family’s farm. Inman’s long journey home takes him through the crumbling confederacy, as he meets people of all walks of life who both aid and hinder his mission.

Synopsis: After the Oscar-winning The English Patient, writer/director Anthony Minghella attempted another tricky literary adaptation with The Talented Mr. Ripley, which features heartthrob Matt Damon cast against type as a psychopathic bisexual murderer. Tom Ripley (Damon) is a bright and charismatic sociopath who makes his way in mid-’50s New York City as a men’s room attendant and sometimes pianist, though his real skill is in impersonating other people, forging handwriting, and running second-rate scams. After being mistaken for a Princeton student, Tom meets the shipping tycoon father of Dickie Greenleaf (Jude Law), who has traveled to the coast of Italy, where he’s living a carefree life with his father’s money and his beautiful girlfriend, Marge (Gwyneth Paltrow). Dickie’s father will pay Ripley 1,000 dollars plus his expenses if he can persuade Dickie to return to America. As Ripley and Dickie become friends, Tom finds himself both attracted to Dickie and envious of his life of pleasure. In time, he decides that he would rather be Dickie Greenleaf than Tom Ripley, so rather than go back to his life of poverty, Ripley impulsively murders Dickie and assumes his identity. The Talented Mr. Ripley was based on the first of a series of novels featuring Tom Ripley written by Patricia Highsmith; the story was previously filmed in 1960 as Purple Noon, with Alain Delon as Ripley.