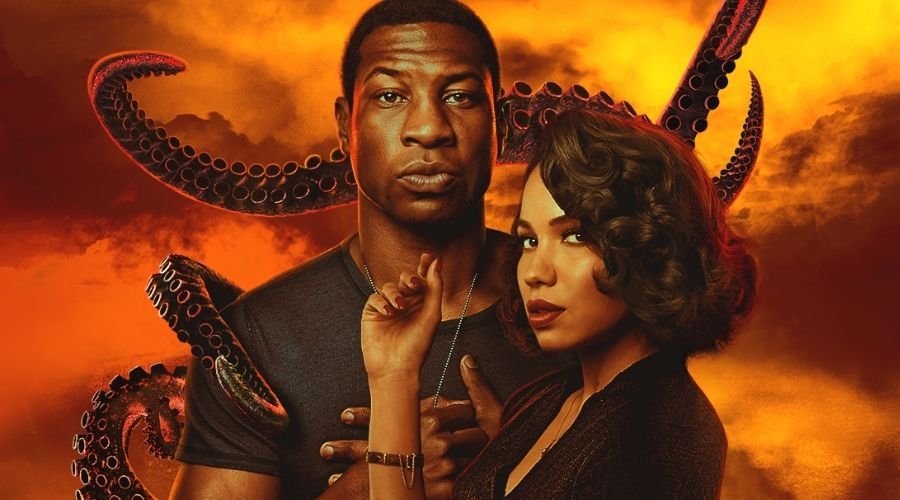 HBO Max has one of the greatest TV show libraries in all of the streaming services, it has something for everyone, from comedy shows to thrillers and from sci-fi shows to horror, so today we are going to list the best horror TV shows on HBO Max you can watch right now.

Synopsis: Taking place across six Asian countries–Indonesia, Japan, Korea, Malaysia, Singapore and Thailand–this horror series features six episodes based on each country’s myths and folklore, featuring supernatural beings and occult beliefs. Helmed by directors from these six countries, each episode is in the local language of the nation, and features dynamic local actors.

Synopsis: Off the Air is an anthology series by Adult Swim. The episodes are in the series of a collection of psychedelic and visual animation, art, and culture.

Synopsis: The one adored as the mother is not the real parent. The people living here together are not actual siblings. The Gracefield House is where orphaned children live. An irreplaceable home where 38 siblings and Mom live happy lives, even with no blood relations. However, their everyday life suddenly came to an abrupt end one day.

Synopsis: In the near-future, vampires have come out of the coffin…no longer in need of a human fix. But can telepathic Louisiana waitress Sookie Stackhouse (Anna Paquin) forge a love match with a bloodsucker (played by Stephen Moyer)? From Alan Ball (“Six Feet Under”) comes this acclaimed drama series based on the best-selling ‘Southern Vampire’ novels by Charlaine Harris.

Synopsis: Spurred by the flame raging in his heart, the Black Swordsman Guts continues his seemingly endless quest for revenge. Standing in his path are heinous outlaws, delusional evil spirits, and a devout child of god. Even as it chips away at his life, Guts continues to fight his enemies, who wield repulsive and inhumane power, with nary but his body and sword – his strength as a human. What lies at the end of his travels? The answer is shrouded in the “night.” Strain your eyes and stare into the dark!

Lucy, the Daughter of the Devil

Synopsis: Lucy is anything but a typical 21-year-old — her dad is Satan and has decided she must fulfill her birthright as his daughter, regardless of anything she might want to do. Although she is being groomed to take over as the Antichrist, Lucy has other plans. She prefers to hang around young DJ Jesus, who is known for performing “nearacles” (almost miracles, but not quite) during his sets. Meanwhile her father, with the help of his personal assistant, Becky, continues to try to take over the world. This animated Adult Swim entry is definitely not for the children.

Synopsis: A former cop and his psychiatrist ex-lover are forced to team up in the hunt for a serial killer who is linked to their past in this gripping drama series.

Synopsis: Torchwood follows the adventures of a team of investigators led by the enigmatic Captain Jack Harkness. Set in the UK in the present day, the team uses scavenged alien technology to solve crime both alien and human.

Kabaneri of the Iron Fortress

Synopsis: At a time when the industrial revolution was carrying the world into the modern age, a horde of undead monsters suddenly appeared. They could not be killed unless their hearts, which were protected by a layer of iron, were pierced. These undead, which would later be known as “Kabane,” exploded in population until they finally overran the world. The people of Hinomoto, built fortresses known as “stations” that have allowed them to survive the threat of the Kabane. Ikoma is a young steamsmith living at Aragane Station, working on developing a unique anti-Kabane weapon called a “piercing gun”.

Synopsis: Paul and his best friend Mac are the unpopular kids at their college, but Paul is also a troubled young man haunted by apocalyptic dreams. Worse still, Paul has started to see things, Fades. These are the spirits of human beings and they are completely unable to interact with the world. They should ascend, but for some reason, that isn’t happening. And now an embittered and vengeful Fade has found a way to break the barrier between the dead and the living. Soon, the fate of humanity rests in the hands of the two friends who already have enough trouble getting through a day in one piece, let alone saving the world.

Synopsis: He was once a man…now he’s a hell-spawn, battling evil on Earth–and in himself–to uncover the truth about his identity and fulfill his destiny. One of the comics’ most popular and intriguing characters explodes on the screen in this adults-only animated series that combines vivid imagery with action, romance and high-level espionage.

Synopsis: This HBO Latino series tells the story of the mysterious disappearance of a couple’s four-year-old daughter–who vanishes without a trace while on the Buenos Aires metro. Without motive, clues or witnesses, the girl’s parents, Fabian and Lila, begin a desperate hunt for their child–launching a long, dangerous search that will lead the couple to a surprising destination.

Synopsis: Welcome to Bedlam Heights, a hip newly-converted apartment building on the edge of a British metropolis. The high quality rental apartments offer stylish 21st century living, but unimaginable horrors lay behind the facade, for this former asylum is haunted by the ghosts of its dark and violent past.

This concludes the list of the best horror TV shows on HBO Max right now. So, if you have watched them tell us in the comments and we will make a new list for you, and if you haven’t what are you waiting for.