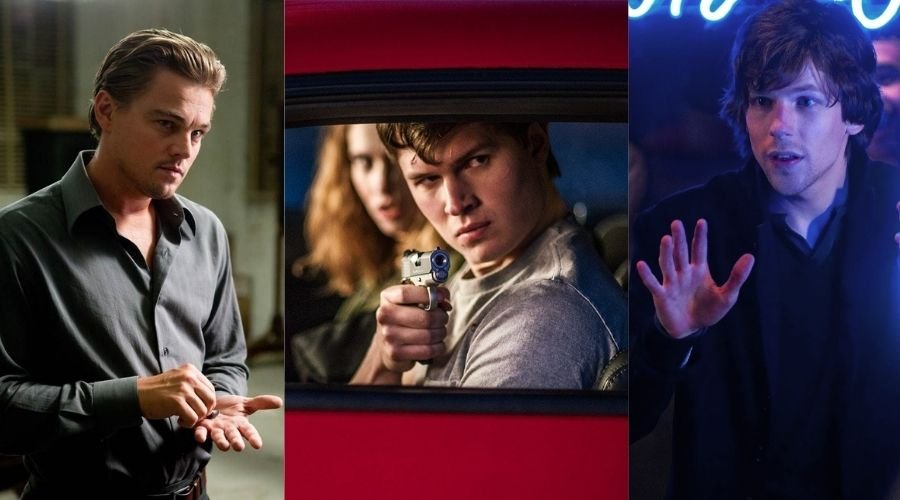 Synopsis: The original Rat Pack–Frank Sinatra, Dean Martin, Sammy Davis, Jr., Peter Lawford and Joey Bishop–star with Angie Dickenson in the original Ocean’s 11. Eleven pals prepare to carry out a–theoretically–foolproof plan to rob five Las Vegas casinos at midnight on New Year’s Eve. The plan depends on split-second timing, and everything goes like clockwork … at first. But even in this almost perfect scheme, things begin to go wrong.

Synopsis: From director Steven Soderbergh comes No Sudden Move. Set in 1954 Detroit, No Sudden Move centers on a group of small-time criminals who are hired to steal what they think is a simple document. When their plan goes horribly wrong, their search for who hired them – and for what ultimate purpose – weaves them through all echelons of the race-torn, rapidly changing city.

Synopsis: When the IMF is disavowed after being implicated in the bombing of the Kremlin, Ethan Hunt and the remaining team must go underground and across the globe to clear the organization’s name. Presented by FXM

Now You See Me

Synopsis: Four talented magicians mesmerize an international audience with a series of bold and original heists, all the while pursuing a hidden agenda that has the FBI and Interpol scrambling to anticipate their next move in Now You See Me, a visually spectacular blend of astonishing illusions and exhilarating action from director Louis Leterrier (Clash of the Titans).

Synopsis: In HELL OR HIGH WATER, two brothers, Toby (Chris Pine) and Tanner (Ben Foster), go on a calculated bank robbery spree that puts them on a collision course with a West Texas Ranger (Academy Award©-winner Jeff Bridges) determined to take them down.

Synopsis: A talented, young getaway driver (Ansel Elgort) relies on the beat of his personal soundtrack to be the best in the game. When he meets the girl of his dreams (Lily James), Baby sees a chance to ditch his criminal life and make a clean getaway. But after being coerced into working for a crime boss (Kevin Spacey), he must face the music when a doomed heist threatens his life, love and freedom.

Synopsis: Academy Award® winner Denzel Washington, Academy Award® nominee Clive Owen and Academy Award® winner Jodie Foster star in this intense and explosive crime thriller. The perfect bank robbery quickly spirals into an unstable and deadly game of cat-and-mouse between a criminal mastermind (Owen), a determined detective (Washington), and a power broker with a hidden agenda (Foster). As the minutes tick by and the situation becomes increasingly tense, one wrong move could mean disaster for any one of them. From acclaimed director Spike Lee comes the edge-of-your-seat, action-packed thriller that The Wall Street Journal calls “a heist film that’s right on the money.”

Synopsis: A jewel thief’s nephew is sent along on a heist to ensure a longtime partner in crime stays honest about the division of the loot.

Synopsis: The Logan’s are a blue-collar family from the hills of West Virginia, and their clan has been famous for its bad luck for nearly 90 years. But the conniving Jimmy Logan (Channing Tatum) decides it’s time to turn the family’s luck around, and with a little help from his friends, the Redneck Robbers, he plans to steal $14 million from the Charlotte Motor Speedway on the busiest race day of the year.

Rogue One: A Star Wars Story

Synopsis: From Lucasfilm comes the first of the Star Wars standalone films, “Rogue One: A Star Wars Story,” an all-new epic adventure. In a time of conflict, a group of unlikely heroes band together on a mission to steal the plans to the Death Star, the Empire’s ultimate weapon of destruction. This key event in the Star Wars timeline brings together ordinary people who choose to do extraordinary things, and in doing so, become part of something greater than themselves.

Synopsis: Three generations of acclaimed actors team up in The Score, an intriguing crime thriller that marks the first time that legendary Oscar-® winners* Robert De Niro and Marlon Brando have shared the screen. Also starring Oscar-® nominee** Edward Norton, The Score wowed critics and audiences alike. When expert safecracker Nick Wells (De Niro) decides it might be time to settle down with his girlfriend Diane (Oscar-® nominee*** Angela Bassett) and stick to his legitimate business, running a jazz nightclub in Montreal, his friend and partner Max (Brando) has other plans. Heavily in debt to a crime boss, Max needs Nick to pull one last heist: help novice thief Jack Teller (Norton) steal a scepter worth $30 million from the House of Customs. Tempted by the $6 million payday, Nick reluctantly agrees to do the job. But what starts out as a safe bet turns into a high risk gamble when a clash of egos threatens to bring them all down. Featuring performances by jazz greats Cassandra Wilson and Mose Allison, The Score is one of the smartest, most entertaining crime capers ever filmed, with surprises at every turn.

Synopsis: A diamond heist gone haywire launches gangsters, bookies, and a dog on a rollicking ride through the rugged world of bare-knuckle boxing in search of the missing stone. Critically acclaimed comedy from Guy Richie.

The Place Beyond the Pines

Synopsis: A motorcycle stunt rider (Ryan Gosling) turns to robbing banks as a way to provide for his lover and their newborn child, a decision that puts him on a collision course with an ambitious rookie cop navigating a department ruled by a corrupt detective. Starring Ryan Gosling and Bradley Cooper.

Synopsis: Ever since he was a boy, Benjamin Gates has been obsessed with finding the legendary Knights Templar Treasure. As Gates tries to find and decipher ancient riddles that will lead him to it, he’s dogged by a ruthless enemy who wants the riches for himself.

This concludes the list of the best 20 heist movies of the 21st century you should watch. So, if you have watched them tell us in the comments and we will make a new list for you, and if you haven’t what are you waiting for.