The British actress has become a household name through her leading role of Sersi in Marvel Studios’ film Eternals, but she has impressed the audience with her acting for a long time now. The actress was born in London in the home of Hong Kong immigrants, and she studied her craft at Drama Centre in London. She first appeared in the entertainment industry in the 2006 miniseries When Evil Calls, which aired on the United Kingdom’s Horror Channel. Since then she has appeared in a number of films and television shows and she has no sign of stopping. It has also been confirmed that she will reprise her role as Sersi in the Marvel Cinematic Universe. Here are the 11 best Gemma Chan performances.

Synopsis: When a high-stakes M16 mission to intercept deadly biochemical weapons goes spectacularly wrong, special operative Stratton must face the threat of a former Soviet operative who resurfaces after being presumed dead for two decades. It is believed that the rogue operative plans to take revenge on his former paymasters with stolen chemical weapons, and Stratton and his agents must race against time to stop the unimaginable from happening.

10. Fantastic Beasts and Where to Find Them

Synopsis: Academy Award winner Eddie Redmayne (The Theory of Everything) stars in the central role of wizarding world magizoologist Newt Scamander, under the direction of David Yates, who helmed the last four Harry Potter blockbusters. Fantastic Beasts and Where to Find Them opens in 1926 as Newt Scamander has just completed a global excursion to find and document an extraordinary array of magical creatures. Arriving in New York for a brief stopover, he might have come and gone without incident…were it not for a No-Maj (American for Muggle) named Jacob, a misplaced magical case, and the escape of some of Newt’s fantastic beasts, which could spell trouble for both the wizarding and No-Maj worlds.

Synopsis: A clerk in a government agency finds his unenviable life takes a turn for the horrific with the arrival of a new co-worker who is both his exact physical double and his opposite – confident, charismatic and seductive with women.

Synopsis: Mary Queen of Scots explores the turbulent life of the charismatic Mary Stuart (Academy Award® nominee Saoirse Ronan). Queen of France at 16, widowed at 18, Mary defies pressure to remarry and instead returns to her native Scotland to reclaim her rightful throne. By birth, she also has a rival claim to the throne of Elizabeth I (Academy Award® nominee Margot Robbie), who rules as the Queen of England. Determined to rule as much more than a figurehead, Mary asserts her claim to the English throne, threatening Elizabeth’s sovereignty. Rivals in power and in love, the two Queens make very different choices about marriage and children. Betrayal, rebellion and conspiracies within each court imperil both Queens—driving them apart, as each woman experiences the bitter cost of power.

Synopsis: Set in the 1990s, Marvel Studios’ “Captain Marvel” is an all-new adventure from a previously unseen period in the history of the Marvel Cinematic Universe that follows the journey of Carol Danvers as she becomes one of the universe’s most powerful heroes. While a galactic war between two alien races reaches Earth, Danvers finds herself and a small cadre of allies at the center of the maelstrom.

Synopsis: The drama, from the creator of ‘Skins’, features a series of stories that illustrate what happens when people go out on dates. Confessions, lies, role-playing and sexual confusion are amoung issues the daters face. Episodes focus on specific dates before the individual stories start to intertwine and unfold, tying the individuals’ lives together.

4. Let Them All Talk

Synopsis: Let Them All Talk tells the story of a celebrated author (Meryl Streep) who takes a journey with some old friends (Candice Bergen and Dianne Wiest) to have some fun and heal old wounds. Her nephew (Lucas Hedges) comes along to wrangle the ladies and her literary agent (Gemma Chan) also books herself on the trip.

Synopsis: What makes us human? Can a synthetic creation ever think and feel the way we do? And if so, what do we do about it? Set in a parallel present, the series explores what happens when the line between human and machine becomes blurred. And as the emerging form of intelligent life – the synths – and an established one – humanity – fight for their places in the world, a thrilling multi-stranded narrative evolves which to asks a question with earth-shattering implications: who has the right to determine what it means to be alive? Featuring a top-class cast including Katherine Parkinson, Tom Goodman- Hill, Colin Morgan, Gemma Chan, Ivanno Jeremiah, Emily Berrington, Ruth Bradley and Neil Maskell, Humans is a riveting look at a question that gets just a little less hypothetical every day.

2. Raya and the Last Dragon

Synopsis: Walt Disney Animation Studios’ Raya and the Last Dragon travels to the fantasy world of Kumandra, where humans and dragons lived together in harmony long ago. But when an evil force threatened the land, the dragons sacrificed themselves to save humanity. Now, 500 years later, that same evil has returned and it’s up to a lone warrior, Raya, to track down the legendary last dragon to restore the fractured land and its divided people. However, along her journey, she’ll learn that it’ll take more than a dragon to save the world—it’s going to take trust and teamwork as well. Raya and the Last Dragon features the voices of Kelly Marie Tran as Raya, a warrior whose wit is as sharp as her blade, and Awkwafina as the magical, mythical, self-deprecating dragon named Sisu. Characters also include a street-savvy 10-year-old entrepreneur named Boun, the formidable giant Tong and a thieving toddler Noi with her band of Ongis.

Synopsis: “Crazy Rich Asians” follows native New Yorker Rachel Chu (Constance Wu) as she accompanies her longtime boyfriend, Nick Young (Henry Golding), to his best friend’s wedding in Singapore. Excited about visiting Asia for the first time but nervous about meeting Nick’s family, Rachel is unprepared to learn that Nick has neglected to mention a few key details about his life. It turns out that he is not only the scion of one of the country’s wealthiest families but also one of its most sought-after bachelors. Being on Nick’s arm puts a target on Rachel’s back, with jealous socialites and, worse, Nick’s own disapproving mother (Michelle Yeoh) taking aim. And it soon becomes clear that while money can’t buy love, it can definitely complicate things.​ 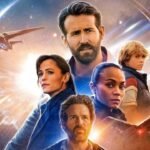 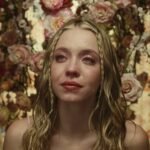