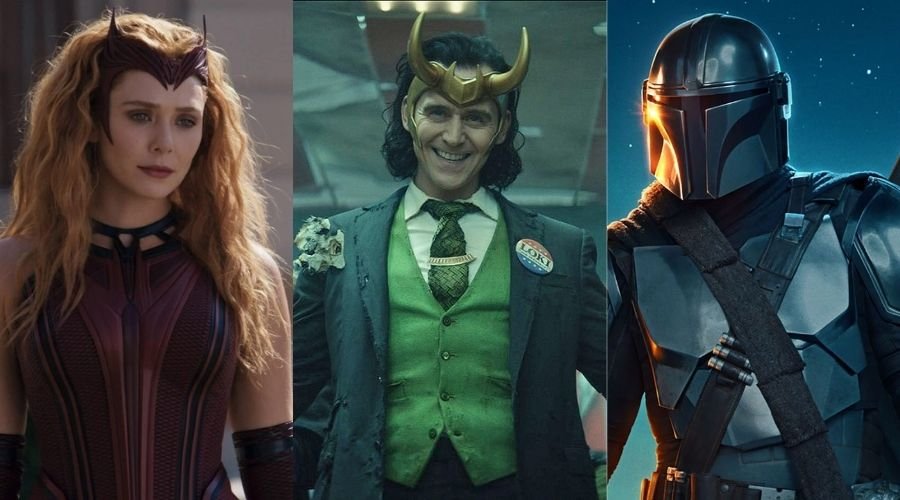 Disney+ is home to many TV shows, some bad, some good, and those shows are some of the best TV shows we have ever seen, and today we are going to make a list of the best original Disney+ series you can watch right now.

The TV shows on this list are not ranked and also we haven’t included the TV shows which haven’t aired their complete first season in their entirety. So, here’s the list of the best Disney+ original TV shows you can watch right now.

Synopsis: After getting ousted from his job in the NCAA for throwing a chair at a referee, a hothead men’s basketball coach Marvyn Korn must take a job at Westbrook School for Girls, a private all-girls high school, in an effort to redeem what’s left of his career and reputation. At first, Marvyn sees the Westbrook players as just X’s and O’s, as a mere pitstop on his road back to college ball. At the same time, the girls don’t take themselves seriously as a team, and the Westbrook community as a whole is nothing but hostile toward him. The unemotional and stoic Marvyn Korn soon learns that teenage girls are complicated human beings who require more than just tough love and two-a-days — they need real mentorship and genuine care. By discovering how to connect with his players and by cultivating more empathy and vulnerability, Coach Korn starts to grow into the man he’s always secretly hoped to be… and the father he never had. Meanwhile, the girls learn to take themselves more seriously, rising to Marvyn’s standards of excellence and finding their footing both on and off the court.

The World According to Jeff Goldblum

Synopsis: Through the prism of Jeff Goldblum’s always inquisitive and highly entertaining mind, nothing is as it seems in this new series. Each episode is centered around something we all love — like sneakers or ice cream — as Jeff pulls the thread on these deceptively familiar objects and unravels a wonderful world of astonishing connections, fascinating science and history, amazing people, and a whole lot of surprising big ideas and insights.

Synopsis: After winning a scholarship competition, four gifted orphans are recruited by the peculiar Mr. Benedict for a dangerous mission to save the world from a global crisis known as The Emergency. Reynie, Sticky, Kate, and Constance must infiltrate the mysterious L.I.V.E. Institute to discover the truth behind the crisis. When the headmaster, the sophisticated Dr. Curtain appears to be behind this worldwide panic, the kids of “The Mysterious Benedict Society” must devise a plan to defeat him.

Synopsis: In present day Minnesota, the Mighty Ducks have evolved from scrappy underdogs to an ultra-competitive, powerhouse youth hockey team. After 12-year-old Evan is unceremoniously cut from the Ducks, he and his mom Alex set out to build their own ragtag team of misfits to challenge the cutthroat, win-at-all-costs culture of competitive youth sports.

Synopsis: “Star Wars: The Bad Batch” follows the elite and experimental clones of the Bad Batch (first introduced in “The Clone Wars”) as they find their way in a rapidly changing galaxy in the immediate aftermath of the Clone War. Members of Bad Batch—a unique squad of clones who vary genetically from their brothers in the Clone Army—each possess a singular exceptional skill that makes them extraordinarily effective soldiers and a formidable crew.

Synopsis: Set in modern-day Hawai‘i, “Doogie Kamealoha, M.D.” – a coming-of-age dramedy inspired by the hit medical series “Doogie Howser, M.D.” – follows Lahela “Doogie” Kamealoha, a 16-year-old prodigy juggling a budding medical career and life as a teenager. With the support of her caring and comical ‘ohana (family) and friends, Lahela is determined to make the most of her teenage years and forge her own path. Guiding Lahela (and also complicating things) is her career-driven mother Dr. Clara Hannon who’s also her supervisor at the hospital, her doting father Benny who helps keep her connected to what matters most, her free-spirited older brother Kai, her gregarious younger brother Brian Patrick, her best friend Steph, her surfer crush Walter and her fellow hospital colleagues, Dr. Lee, Charles and Noelani.

Synopsis: “What If…?” flips the script on the MCU, reimagining famous events from the films in unexpected ways. Coming to Disney+ August 11, 2021, Marvel Studios’ first animated series focuses on different heroes from the MCU, featuring a voice cast that includes a host of stars who reprise their roles. The series is directed by Bryan Andrews; Ashley Bradley is head writer.

Synopsis: Seven Japanese anime studios bring their unique talent and perspective to “Star Wars: Visions”—a collection of animated short films that will stream exclusively on Disney+. The anime studios are Kamikaze Douga, Geno Studio (Twin Engine), Studio Colorido (Twin Engine), TRIGGER, Kinema Citrus, Science Saru, and Production I.G. Each studio will use their signature animation and storytelling styles to realize their own visions of the galaxy far, far away. As a first formal venture into anime, each “Star Wars: Visions” short bears a unique Japanese sensibility, which in many ways aligns with the tone and spirit of Star Wars storytelling. From the beginning, stories told in the Star Wars galaxy have counted Japanese mythology and the films of Akira Kurosawa among their many influences, and these new visions will further explore that cultural heritage through the unique animation style and perspective of each anime studio.

Diary of a Future President

Synopsis: In the new Disney+ series “Diary of a Future President,” we see the origin story of a future leader. Told using the narration of 12-year-old Cuban American girl Elena’s diary, this new family comedy follows her journey through the ups and downs of middle school, which set her on the path to becoming the president of the United States. “Diary of a Future President” was inspired by creator Ilana Peña’s (Crazy Ex-Girlfriend) childhood and is produced by Gina Rodriguez’s (Jane the Virgin) I Can and I Will Productions. Rodriguez directed the first episode and guest stars as grown-up Elena.

This concludes the list of the best Disney+ original TV shows you can watch right now. So, if you have watched them all tell us in the comments and we will make a new list for you and if you haven’t watched them already what are you waiting for.