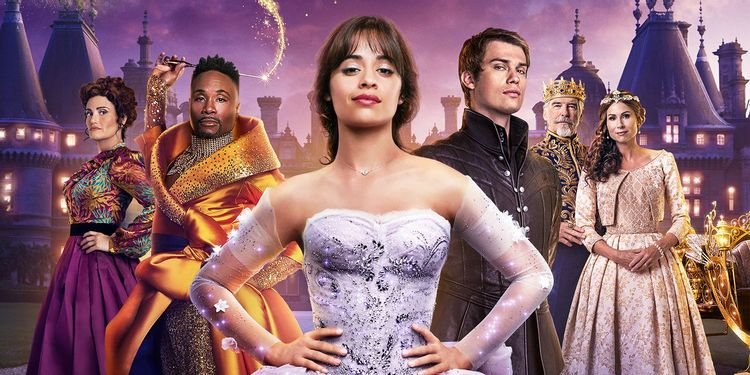 The fairytale that is the story of Cinderella has been adapted to the big screen many times, but it always every strikes a chord with the dreamers. Some versions of the story are modern and some versions are told in the traditional fashion. So, these are the best Cinderella films you can watch right now:

Synopsis: Now part of the Walt Disney Signature Collection and the prestigious National Film Registry, Disney’s animated classic Cinderella is beloved by generations of fans for its timeless story, unforgettable characters and iconic artistry. Share the magic as kind and hardworking Cinderella is rewarded with an enchanted evening at the Royal Ball. It just takes the help of her loyal animal friends Jaq and Gus, a wave of her Fairy Godmother’s wand and some “Bibbidi-Bobbidi-Boo.” Celebrate the legacy of Disney’s classic animation in Cinderella, where dreams really do come true!

Synopsis: A prince, a pumpkin, a glass slipper…history’s most enduring fairy tale returns with a thoroughly modern twist, featuring an all-satr cast including incomparable Whitney Houston and Whoopi Goldberg. Pop sensation Brandy stars as the beautiful Cinderella, who suffers the torment of her wicked stepmother and spoiled stepsisters. Cinderella’s dream of going to the ball and dancing with the prince is realized when her fairy godmother teached her that with positive thinking, “Impossible things happen every day!”

Synopsis: A “modern” young woman of the 16th century, Danielle is as independent and wise as she is beautiful and kind. Against remarkable odds, she stands up to her scheming stepmother and works miracles in the lives of everyone around her, including the crown prince of France!

Synopsis: Ella (Anne Hathaway) lives in a magical world in which each child, at the moment of their birth, is given a virtuous “”gift”” from a fairy godmother. Ella’s so-called gift, however, is obedience. This birthright proves itself to be quite the curse once Ella finds herself in the hands of several unscrupulous characters whom she quite literally cannot disobey. Determined to gain control of her life and decisions, Ella sets off on a journey to find her fairy godmother who she hopes will lift the curse. The path, however, isn’t easy — Ella must outwit a slew of unpleasant obstacles including ogres, giants, wicked stepsisters, elves and Prince Charmont’s (Hugh Dancy) evil uncle, who wants to take over the crown and rule the kingdom.

Synopsis: Princess Cinderella is living a charmingly perfect life until her stepmother gets her hands on Fairy Godmother’s magic wand. With a wicked spell that turns back the clock, she erases the Prince’s memories of the girl he met at the ball and shatters Cinderella’s happily ever after! Jaq and Gus scurry to save the day before time runs out. But was it all really just a dream in Cinderella’s heart, or will true love triumph over all?

Synopsis: Set around the modern world of the music business, the classic fairy tale “Cinderella” is recast with Mary Santiago, a natural-born dancer at heart, as the orphaned, put-upon princess-to-be, working for cruel pop star Dominique and her two horrible daughters, Britt and Bree. After years of abuse at the wicked trio’s hands, Mary, now a junior at ritzy Beverly Hills High School, is counting down the days until her dance audition for the prestigious Manhattan Academy of Performing Arts, where she hopes to transfer for a bright future away from Dominique and her over-demanding brood. When teen pop sensation Joey Parker returns to Beverly Hills High to finish up a school like a “normal” teen, the stage is set for a masquerade dance, mistaken identity, and a search for the girl who dropped her iPod (the modern equivalent of a glass slipper) while fleeing from the dance. This modern fairy tale proves you don’t need a fairy godmother to make magic happen, or to have a happy ending!

Synopsis: The story of Cinderella follows young Ella (Lily James) whose merchant father remarries following the death of her mother. Eager to support her loving father, she finds herself at the mercy of her jealous and cruel new family.

Synopsis: From Kay Cannon (Pitch Perfect), Cinderella is a modern movie musical with a bold take on the classic fairytale. Our ambitious heroine (Camila Cabello) has big dreams and with the help of her Fab Godmother, she perseveres to make them come true. Cinderella has an all-star cast including Idina Menzel, Minnie Driver, James Corden, Nicholas Galitzine, Billy Porter and Pierce Brosnan.

This concludes the list of the best Cinderella adaptations like Camila Cabello‘s latest film you should watch. So, if you have watched them tell us in the comments and we will make a new list for you, and if you haven’t what are you waiting for.