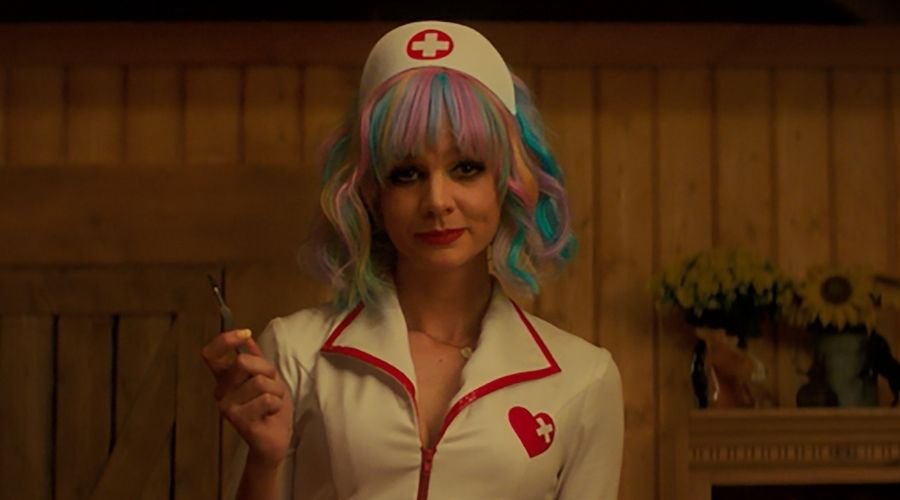 Valentine’s Day is upon us and there will be love in the air but for those who don’t really buy the concept of love or just hate the idea of it, we have got a list of movies for you to get you through the romance week of February. We have made a list of movies that are quite literally anything but romantic because they really show what kind of pain love ends up causing to the people who were deeply in it. So, these are the best 15 anti-romance movies that you can watch this Valentine’s Day.

Synopsis: Elizabeth Taylor delivers an Academy Award-winning performance opposite Richard Burton in this adaptation of Edward Albee’s groundbreaking Broadway play that rips the façade of civility off the dysfunctional marriage between an alcoholic college professor and his shrew of a wife during a dinner party the two host for a young couple.

Synopsis: Diane Keaton stars as a mother of four whose husband, Albert Finney, leaves her for a younger woman. Keaton and Finney deliver powerful performances in this provocative and brutally honest look at a failing marriage. With Peter Weller, Karen Allen, and Tracey Gold. Directed by Alan Parker.

Synopsis: Blue Valentine is the story of love found and love lost told in past and present moments in time. Flooded with romantic memories of their courtship, Dean and Cindy use one night to try and save their failing marriage. Ryan Gosling and Michelle Williams star in this honest portrait of a relationship on the rocks.

Synopsis: Directed by David Fincher and based on Gillian Flynn’s bestseller, this engaging thriller reveals secrets of a modern marriage. On his fifth wedding anniversary, Nick Dunne (Ben Affleck) reports his beautiful wife Amy (Rosamund Pike) missing. Amidst a media frenzy and pressure from the law, Nick’s portrait of a blissful union fades. Soon, his behavior prompts the question: Did he kill his wife?

Synopsis: From visionary director Emerald Fennell (Killing Eve) comes a delicious new take on revenge. Everyone said Cassie (Carey Mulligan) was a promising young woman… until a mysterious event abruptly derailed her future. But nothing in Cassie’s life is what it appears to be: she’s wickedly smart, tantalizingly cunning, and she’s living a secret double life by night. Now, an unexpected encounter is about to give Cassie a chance to right the wrongs of the past in this thrilling and wildly entertaining story.

Synopsis: The little rituals, secrets and frustrations of a couple over the course of one summer. The film centres on Gitti and Chris, whose holidays take a different turn when they meet another, apparently perfect couple. The comparison and imitation completely upset the balance of their relationship.

Synopsis: Paul, an aspiring playwright, finds himself caught between the director and the producer, on a movie adaptation of Homer’s Odyssey. When Paul finds himself swayed by the power of the producer’s money, he finds his wife Camille begins to regard him with increasing contempt.

Synopsis: Stylish and sexy, FATAL ATTRACTION took audiences to terrifying new heights with its thrilling story of a casual encounter gone terribly awry. This box-office smash was nominated for six Academy Awards, including Best Picture and Best Director (Adrian Lyne, Indecent Proposal, Flashdance). Michael Douglas plays Dan Gallagher, a New York attorney who has a tryst with seductive Alex Forrest (Glenn Close) while his wife (Anne Archer) is away. Dan later shrugs off the affair as a mistake and considers it over. But Alex won’t be ignored. Not now, not tomorrow, not ever…even if it means destroying Dan’s family to keep him.

Synopsis: From the director of Fatal Attraction comes a steamy thriller about physical passion so intense, it consumes everything – and everyone – in its path. Edward and Connie Summer (Richard Gere, Diane Lane) have the perfect life: a happy marriage, an eight year old son, and a beautiful house in the suburbs. But when Connie’s chance encounter with a handsome stranger (Olivier Martinez) erupts into a full-blown affair, desire becomes obsession, and the true price of betrayal takes a shattering toll.

Synopsis: Brandon (Michael Fassbender) is a New Yorker who shuns intimacy with women but feeds his desires with a compulsive addiction to sex. When his wayward younger sister (Carey Mulligan) moves into his apartment stirring memories of their shared painful past, Brandon’s insular life spirals out of control.

The War of the Roses

Synopsis: Jack Nicholson stars in this bitter-sweet comedy that follows two college roommates seeking sexual fulfillment. One chooses the narrow confines of the marriage contract, the other the broader pleasures of playing the field. As they advance towards middle age, they wonder which of them has made out best…co-starring Ann-Margret, Art Garfunkel and Candice Bergen. From Academy Award winning director Mike Nichols (The Graduate).

Synopsis: Considered by many to be director Alfred Hitchcock’s greatest achievement, Leonard Maltin gives Vertigo four stars, hailing it as “A genuinely great motion picture.” Set among San Francisco’s renown landmarks, James Stewart is brilliant as Scottie Ferguson, an acrophobic detective hired to shadow a friend’s suicidal wife, Madeleine (Kim Novak). After he saves her from drowning in the bay, Scottie’s interest shifts from business to fascination with the icy, alluring blonde. When he finds another woman remarkably like his lost love, the now obsessed detective must unravel the secrets of the past to find the key to his future.

Synopsis: Tom Cruise and Nicole Kidman star as a married couple entangled in an intricate web of jealousy and sexual obsession in Stanley Kubrick’s final cinematic offering. At a Christmas party hosted by wealthy, unconventional Victor Ziegler (Sydney Pollack), provocative advances and innocent flirtations arouse suspicion as high-society physician Dr. William Harford (Cruise) and his sexy wife, Alice (Kidman) watch each other from a distance. Alone later, this seemingly perfect couple confront their intimate sexual fantasies–which don’t include each other. Caught between reality and illusion, jealousy and obsession, William struggles with his inner urges. Will he act on his erotic fantasies or keep them hidden deep inside? Sometimes a man can see more clearly with his Eyes Wide Shut. 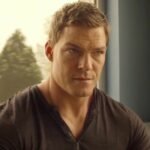 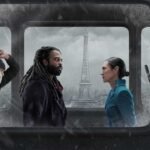