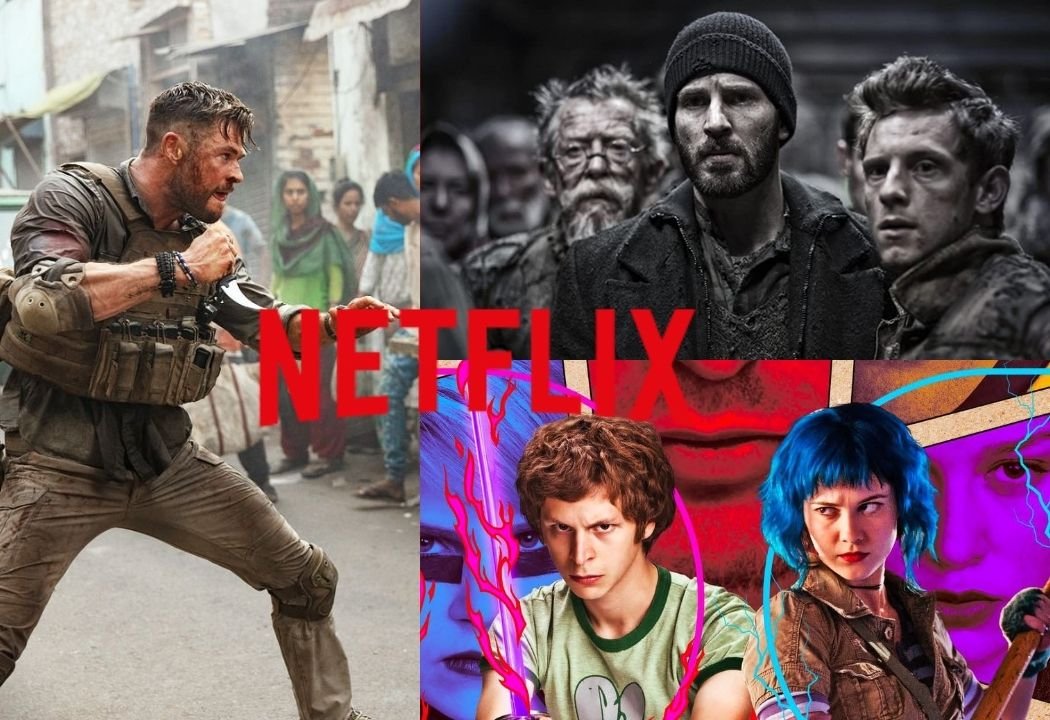 Netflix is nothing if not a goldmine of content, with basically something to watch for everyone, and today we are making a list of the best action movies on Netflix you can watch right now. The list we are making will not be ranked.

This Netflix original action film was directed by the legendary stunt artist Sam Hargrave, and the screenplay was written by Joe Russo who also served as a producer alongside his brother Anthony Russo. Extraction stars Chris Hemsworth, Randeep Hooda, Golshifteh Farahani, and Rudhraksh Jaiswal in lead roles.

The official synopsis for Extraction is:

A hardened mercenary’s mission becomes a soul-searching race to survive when he’s sent into Bangladesh to rescue a drug lord’s kidnapped son.

This international Netflix film was directed by Timo Tjhajanto and it stars Iko Uwais, Joe Taslim, and Julie Estelle in lead roles.

The official synopsis for The Night Comes For Us is:

After sparing a girl’s life during a massacre, an elite Triad assassin is targeted by an onslaught of murderous gangsters.

The official synopsis for Scott Pilgrim vs. The World is:

Dreamy delivery girl Ramona captures Scott Pilgrim’s heart, but he must vanquish all seven of her evil exes in martial arts battles to win her love.

The official synopsis for Stardust is:

To win his true love’s heart, wide-eyed Tristan Thorn journeys to a forbidden realm to retrieve a fallen star that has taken human form.

The official synopsis for Triple Frontier is:

Beyond Skyline is a sci-fi action film directed by Liam O’Donnell and it stars Frank Grillo, Bojana Novakovic, Iko Uwais, and Johnny Weston.

The official synopsis for Beyond Skyline is:

In the wake of an extraterrestrial invasion, a suspended L.A. cop teams up with survivors to stop the onslaught and rescue human captives.

Wheelman is an action thriller film written and directed by Jeremy Rush, and it mostly focuses on Frank Grillo‘s character throughout its runtime.

The official synopsis for Wheelman is:

The getaway driver in a botched robbery puts his skills and smarts to the test when he receives shocking orders from an unknown caller.

The official synopsis for The Old Guard is:

So, this concludes the list of best action movies on Netflix for you to watch right now, go ahead and enjoy on basically everybody’s favorite streaming service.