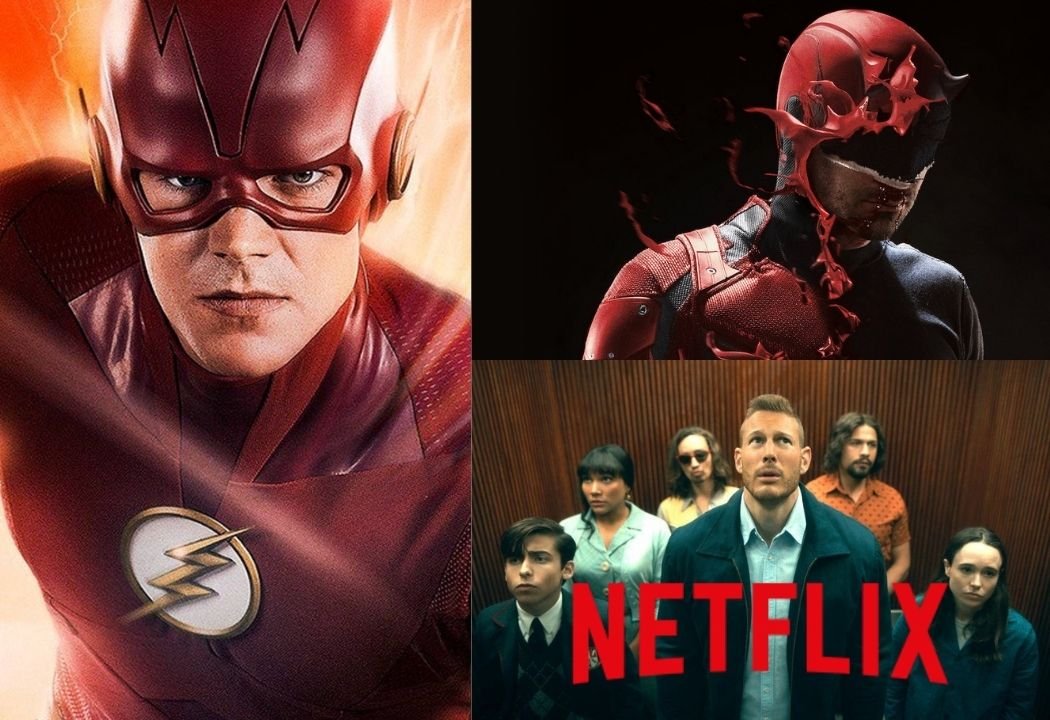 Superheroes have been a part of our lives for a very long time through various movies, comics, and TV shows and we all love them for various reasons sometimes they give us hope they in inspire us, or sometimes they just distract us from our real-life problems.

The TV shows in the list below are not ranked and also we have not included animated shows or anime in the list therefore you will only find live-action shows. So, here are the best 20 superhero TV Shows on Netflix you can watch right now:

Synopsis: SUPERGIRL is an action-adventure about Kara Zor-El, Superman’s cousin who, after 12 years of keeping her powers a secret on Earth, decides to finally embrace her superhuman abilities and become the hero she was always meant to be. Though Kara will need to find a way to manage her newfound powers with her very human relationships, her heart soars as she takes to the skies to fight crime.

Synopsis: Jefferson Pierce, a man with a secret. As the father of two daughters and principal of a high school that also serves as a safe haven in a neighborhood overrun by violence, he is a hero to his community. Pierce is also a hero of a different sort. Gifted with the superhuman power to harness and control electricity, he keeps his hometown safe as the masked vigilante Black Lightning.

Synopsis: It’s time to let the devil out. Marvel’s Daredevil is here to clean up the streets of Hell’s Kitchen, New York. Lawyer by day, street-level hero by night, Matt Murdock is on a mission to make his city a better place against an underground terror within the city.

Synopsis: Haunted by a traumatic past, Jessica Jones uses her gifts as a private eye to find her tormentor before he can harm anyone else in Hell’s Kitchen.

Synopsis: A hoodie-wearing, unbreakable ex-con fights to clear his name and save his neighborhood. He wasn’t looking for a fight, but the people need a hero.

Synopsis: In a Norwegian town poisoned by pollution and rattled by melting glaciers, the End Times feel all too real. It’ll take a legend to battle an old evil.

Synopsis: Angsty Syd navigates high school awkwardness, family drama and an unrequited crush on her best friend while trying to rein in her budding superpowers.

Synopsis: The origin story continues on GOTHAM, with JIM GORDON (Ben McKenzie) and HARVEY BULLOCK (Donal Logue) at the forefront of the fight against the most depraved and unhinged villains. While Gotham City fights for normalcy, a new hero will rise, as BRUCE WAYNE (David Mazouz) begins to assume responsibility for the city’s well-being.

Synopsis: Self-centered Javier’s life gets a bit messy when he unexpectedly becomes a superhero — and his recent ex is tasked with uncovering his identity.

Synopsis: A widowed mom sets out to solve the mystery surrounding her young son’s emerging superpowers while keeping his extraordinary gifts under wraps.

Synopsis: An unassuming San Francisco chef becomes the latest in a long line of assassins chosen to keep the mystical Wu powers out of the wrong hands.

The New Legends Of Monkey (2018-Present)

Synopsis: A valiant girl liberates the Monkey King — a god long trapped in stone — in a quest to find seven sacred scrolls and save the world from evil.

Synopsis: Discovering his ties to a secret ancient order, a young man living in modern Istanbul embarks on a quest to save the city from an immortal enemy.

Synopsis: After their dad’s murder, three siblings move with their mom to his ancestral estate, where they discover magical keys that unlock powers — and secrets.

Synopsis: Agent Phil Coulson leads a team of highly skilled agents from the S.H.I.E.L.D. Together, they combat extraordinary and inexplicable threats.

This concludes the list of the best 20 superhero TV shows on Netflix.’ If you have watched them all tell us in the comments we will make a new list for you and if you haven’t, What are you waiting for?