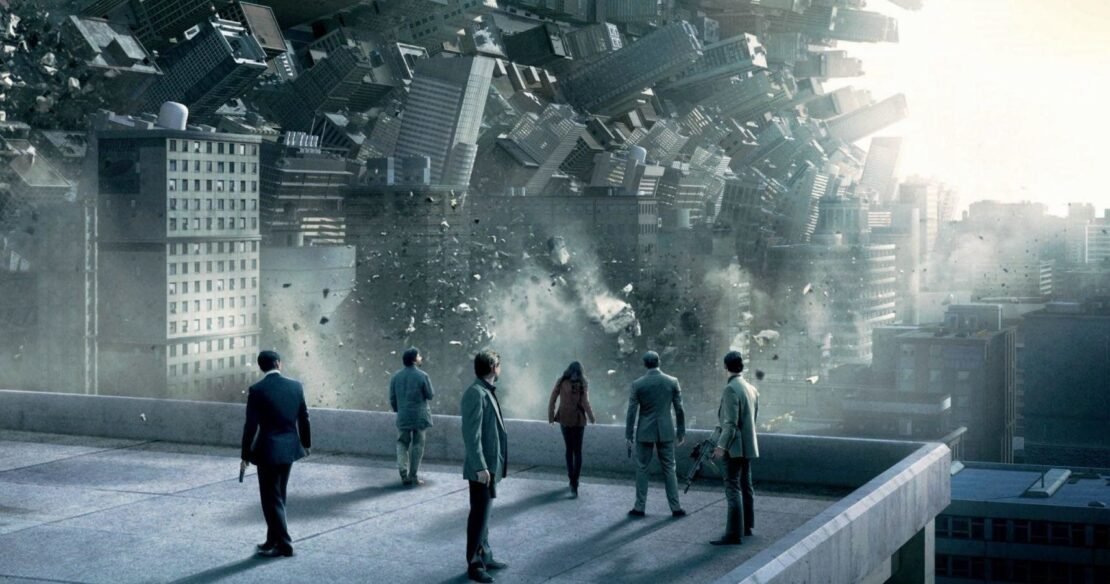 The director of the Dark Night, Christopher Nolan brought some mystery for the movie lovers with the release of Inception. With its release ten years ago, Inception brought a tide of solitude amongst the fans. The dream-team movie collaboration with Leonardo DiCaprio and Christopher Nolan blessed the enthusiasts with Inception. It was a boon for science, fantasy, and action lovers.

Inception shared the plot with the anime Parprika.

The film stars Leonardo Di Caprio as a professional thief who steals information by infiltrating the subconscious of his targets. He is offered a chance to have his criminal history erased as payment for the implantation of another person’s idea into a target’s subconscious.

Also read: Every Anime Coming to Netflix in 2021

We are happy to share a list of twenty more movies for the lovers of Inception. We are sure you must be excited to know. The Prestige and Memento were nail biters with all the thrill and mystery but as we know the fans have already watched it many times, there is something exclusive for you.

In the last decade, there has been a blast of sci-fi movies. Love for sci-fi is also on the next level. Sci-fi devotees, surely have gawked these, Predestination, Primer, and Timecrimes. Flicks like Mr. Nobody, The Congress, The Cell, Coherence, Time Lapse, and Enemy scrutinize personality across numerous facts and truths.

The era of science and fiction started in the ’90s. The future of cinema started changing with the release of TOTAL RECALL can feel the smile on the face of Arnold fans! More on the list are The Truman Show, eXistenZ, Being John Malkovich, and The Thirteenth Floor and Dreamscape. These movies gave an adventurous ride to the world of science and technology. Folks, at that time, were in a wonderland as to how can this happen. The world of machines is a joyous trip.

First on the list is Shutter Island, a thriller and mystery movie released in 2010. The story revolves around Teddy Daniels and Chuck Aule, two US marshals, who are sent to an asylum on a remote island in order to investigate the disappearance of a patient, where Teddy uncovers a shocking truth about the place.

Fans of Leonardo Di Caprio will be fascinated to know that he is also the star of Shutter Island.

The Thirteenth Floor is a 1999 science fiction film written and directed by Josef Rusnak, and produced by Roland Emmerich. It is based upon Simulacron-3, a novel by Daniel F. Galouye, and a remake of the German film World on a Wire (1973).

The Cell is a 2000 science fiction psychological horror film directed by Tarsem Singh in his directorial debut, and starring Jennifer Lopez and Vince Vaughn in lead roles.

Catherine Deane, a female psychotherapist, delves into the mind of a comatose serial killer using experimental technology to find and save his next victim.

A fantasy drama film directed by Vincent Ward and adapted by Ronald Bass from the 1978 novel of the same name by Richard Matheson.

Chris Neilson finds himself in Heaven after his death. However, when his inconsolable wife commits suicide and goes to Hell, he decides to risk his eternal soul to search for her spirit.

A time-lapse to the future. In 2092 the last mortal human (Jared Leto) on Earth reflects on his long past and thinks about the lives he might have led. The film tells the life story of Nemo Nobody, a 118-year-old man who is the last mortal on Earth after the human race has achieved immortality.

A drama film by Charlie Kaufman is a must-watch. Staring, Philip Seymour Hoffman as Caden Cotard. His wife and daughter have left him, his therapist is more interested in plugging her new book than helping him with his problems, and a strange disease is causing his body to shut down. Caden leaves his home in Schenectady, New York, and heads to New York City, where he gathers a cast of actors and tells them to live their lives within the constructs of a mock-up of the city.

A psychological thriller mystery directed by Denis Villeneuve, produced by M. A. Faura and Niv Fichman, and written by Javier Gullón. The story showcases Adam, a college professor, who spots an actor in a movie who looks exactly like him. Adam tracks down his doppelganger and starts living his life secretly, which gives birth to a complex situation.

The film was written, directed, and produced by Shane Carruth, who also stars with David Sullivan. Get ready to watch the invention of the technocrats.

Two engineers Aaron and Abe accidentally invent what they think is the time machine, Abe builds a version capable of transporting a human and puts the device to the test. As the two friends obsess over their creation, they discover the dark consequences of their actions.

This fictional and science drama is written by Ari Folman and the movie premiered at the Cannes Festival in the year 2013. An aging actress (Robin Wright) agrees to preserve her digital likeness for a studio to use in any future films it likes.

This one Is for game lovers. The plot of the film follows a game designer named Allegra Geller, played by Jennifer Jason Leigh, who finds herself targeted by assassins while playing a virtual reality game of her creation. it also stars Jude Law, Ian Holm, Don McKellar, Callum Keith Rennie, Sarah Polley, Christopher Eccleston, Willem Dafoe, and Robert A. Silverman.

Horror and dark film directed by Joseph Ruben stars Dennis Quaid, Kate Capshaw, Max von Sydow, and Christopher Plummer. The movie stars Dennis Quaid, that open-faced specialist in crafty sincerity, as the possessor of rare psychic powers. Once, years before, he had been the best ESP subject in the laboratory of a kindly old parapsychologist (Max Von Sydow), but then he disappeared. Now he is wanted again. The government is sponsoring explosive secret research in a brand new field: It believes there is a way for people to enter other people’s dreams. The possibilities are limitless. For example, a therapist could enter the nightmares of his clients and become an eye-witness to buried phobias. Jungians could rub shoulders with subconscious archetypes. Lovers could visit each other’s erotic dreams. And, of course, evil dreamers could drive their victims mad, or kill them with fright.

An American indie sci-fi thriller directed by Bradley D. King and starring Danielle Panabaker, Matt O’Leary, and George Finn. Three friends discover a photo machine that shows pictures a day into the future. After they use it for personal gain, disturbing and dangerous photos begin to develop.

Douglas is frustrated with his frequent dreams where he is a secret agent. He visits Rekall to get a fake memory implanted into his brain, but the procedure goes haywire. This is for all the Arnold fans, directed by Paul Verhoeven and starring Arnold Schwarzenegger, Rachel Ticotin, Sharon Stone, Ronny Cox, and Michael Ironside.

An Australian sci-fi action thriller film was written and directed by Michael and Peter Spierig. The film stars Ethan Hawke, Sarah Snook, and Noah Taylor, and is based on the 1959 short story “All You Zombies” by Robert A. Heinlein.

As his last assignment, a temporal agent is tasked to travel back in time and prevent a bomb attack in New York in 1975. The hunt, however, turns out to be beyond the bounds of possibility.

A Japanese thriller anime takes to the adventurous fantasy world.

Paprika, a therapist, must save the day when a machine that allows therapists to enter the dreams of their patients is stolen.

Eight friends at a dinner party experience a troubling chain of events due to the malevolent influence of a passing comet.

Nacho Vigalondo’s time-travel thriller opens with Hector spying on a beautiful woman undressing in the woods near his property. Investigating, he finds her assaulted and he, in turn, is attacked by a man whose head is swathed in bandages. Fleeing, Hector encounters a scientific facility where a scientist persuades him to hide in a time machine. Traveling back in time just a few hours, he observes himself

A fantasy comedy-drama film directed by Spike Jonze and written by Charlie Kaufman, both working as a debutant. The film stars John Cusack, Cameron Diaz, and Catherine Keener, with John Malkovich as a satirical version of himself. Cusack plays a puppeteer who finds a portal that leads into Malkovich’s mind.

The Truman Show is a 1998 American sci-fi, drama film directed by Peter Weir, produced by Scott Rudin, Andrew Niccol, Edward S. Feldman, and Adam Schroeder, and written by Niccol. The film stars Jim Carrey as Truman Burbank, a man who grew up living an ordinary life that—unbeknownst to him—takes place on a large set populated by actors for a television show about him. Eventually, he discovers the truth and decides to escape. Additional roles are performed by Laura Linney, Noah Emmerich, Natascha McElhone, Holland Taylor, Ed Harris, Paul Giamatti, and Brian Delate.