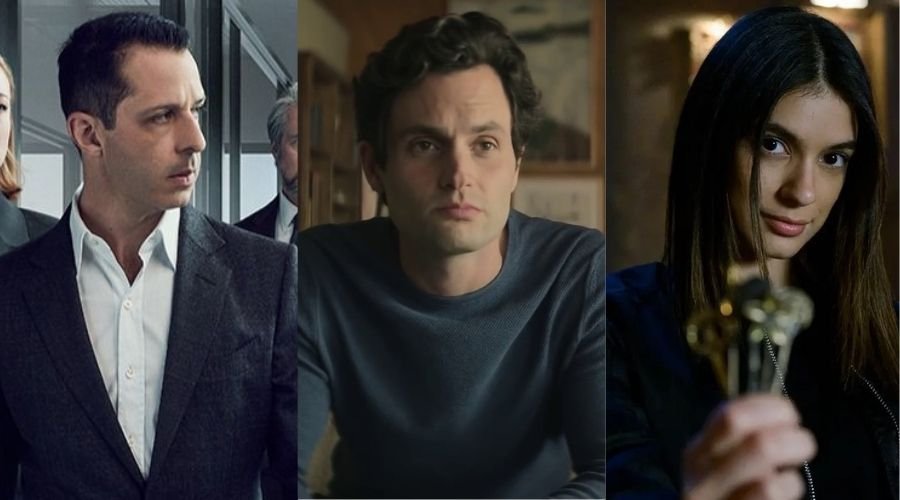 Every month we get a host of new TV shows both on TV and streaming services, and every month we are here to suggest some of the best and most talked-about shows that will be airing in the upcoming month so you can easily choose which show would you like to see and where it will be available. So, here are the best 15 TV shows coming on TV & streaming in October 2021.

Synopsis: One young mother’s incredible story of survival and resilience as she navigates the world of poverty, abuse and redefining her worth against all odds. Inspired by the New York Times Best-selling memoir by Stephanie Land, and from the Producers of Shameless and Promising Young Woman.

On My Block Season 4 (Netflix)

Synopsis: On My Block is a coming of age comedy about a group of bright and street-savvy friends navigating their way through high-school in the rough inner city. Season 4 finds our friends two years later, having gone their separate ways. When a secret is unburied, they quickly learn you can’t run from the past and they will need to stick together to survive.

One Of Us Is Lying (Peacock)

Synopsis: Acapulco tells the story of twenty-something Máximo Gallardo (Enrique Arrizon), whose dream comes true when he gets the job of a lifetime as a cabana boy at the hottest resort in Acapulco. He soon realizes the job is far more complicated than he ever imagined and in order to succeed, he must learn to navigate a demanding clientele, a mercurial mentor, and a complicated home life, without losing his way to shortcuts or temptations. The series, which is told in both Spanish and English, takes place in 1984, with Derbez narrating and playing the present-day version of the main character, Máximo Gallardo.

Synopsis: In a city desperate for a savior, Batwoman must first overcome her own demons before embracing the call to be Gotham’s symbol of hope.

Synopsis: From Executive Producer Danny Strong and starring and executive produced by Michael Keaton, “Dopesick” examines how one company triggered the worst drug epidemic in American history. The series takes viewers to the epicenter of America’s struggle with opioid addiction, from the boardrooms of Big Pharma, to a distressed Virginia mining community, to the hallways of the DEA.

Synopsis: Now married with a young baby, Love and Joe try to forge a normal life in the affluent suburb of Madre Linda. But old habits die hard.

I Know What You Did Last Summer (Amazon Prime Video)

Synopsis: Succession tracks the lives of the Roy family as they contemplate their future once their aging father (Brian Cox) begins to step back from the media and entertainment conglomerate they control.

Synopsis: The sixth season ended with a bang — literally, as Teddy brought about his vision of “The End” when he detonated nuclear warheads across the Texas landscape. Now the survivors will decide what “The Beginning” will look like, adapting to a deadly new environment where the air they breathe is as deadly as the walkers they encounter….

Synopsis: With danger lurking closer than they know, Tyler, Kinsey and Bode unlock more family secrets as they dig deeper into the power and mystery of the keys.

Synopsis: The Emmy®️-winning HBO comedy series INSECURE will return for its fifth and final season. The final ten episodes will debut weekly on HBO and be available to stream on HBO Max. Starring NAACP Image Award winner and six-time Emmy®️ and Golden Globe®️ Award nominee Issa Rae, the series continues to follow our favorite characters as they evaluate their relationships, both new and old, in an effort to figure out who and what comes with them in this next phase of their lives. The fifth season also stars series regulars Yvonne Orji, Jay Ellis, Natasha Rothwell, Amanda Seales and Courtney Taylor. INSECURE was created by Issa Rae & Larry Wilmore; executive produced by Issa Rae, Prentice Penny, Melina Matsoukas, Michael Rotenberg, Dave Becky, Jonathan Berry, Amy Aniobi and Jim Kleverweis.

All American Season 4 (The CW)

Synopsis: When a rising high school football player from South L.A. is recruited to play for Beverly Hills High, the wins, losses and struggles of two families from vastly different worlds – Crenshaw and Beverly Hills – begin to collide. Inspired by the life of pro football player Spencer Paysinger.

This concludes the list of the best 15 TV shows coming in October 2021. So, tell us in the comments which series are you impatiently waiting for.