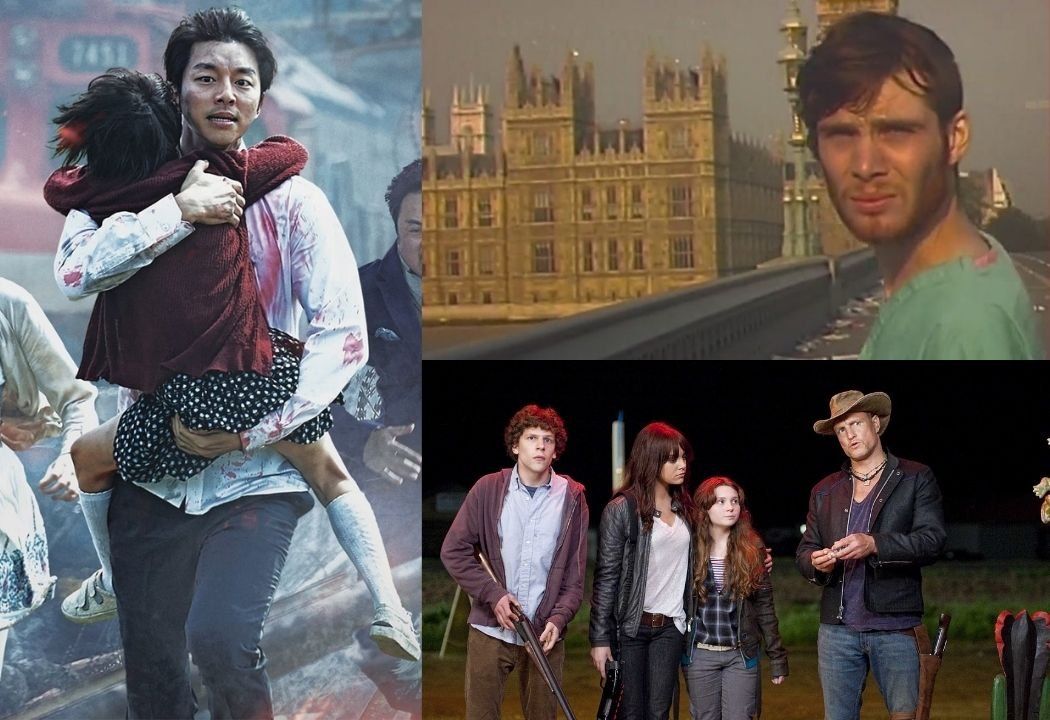 Zombie movies have their own specific fanbase and it is still growing every minute, for decades the undead didn’t have much presence on the big screen but that all changed with a few great movies like Night of the Comet, Day of the Dead, and 28 Days Later.

In this list, we are not going to include animated films like ParaNorman, and the films in the list below are not ranked. So, here are the best 10 zombie movies of this century:

The official synopsis for Zombieland is:

Nerdy college student Columbus (Jesse Eisenberg) has survived the plague that has turned mankind into flesh-devouring zombies because he’s scared of just about everything. Gun-toting, Twinkie-loving Tallahassee (Woody Harrelson) has no fears. Together, they are about to stare down their most horrifying challenge yet: each other’s company. Emma Stone and Abigail Breslin co-star in this double-hitting, head-smashing comedy.

The official synopsis for 28 Days Later is:

Four weeks after a mysterious, incurable virus spreads throughout the UK, a handful of survivors try to find sanctuary.

The official synopsis for Shaun of the Dead is:

Shaun of theDead, a “rom zom com” (romantic zombie comedy), follows the bloody funny adventures of underachiever Shaun (Simon Pegg) and his best mate Ed (Nick Frost) as they cope with a zombie invasion of North London and attempt to rescue Shaun’s girlfriend Liz (Kate Ashfield) and his Mum, Barbara (Penelope Wilton). It’s going to be one hell of a weekend.

The official synopsis for Dawn of the Dead is:

In the wake of a plague, America is overrun by millions of cannibalistic zombies. A small group of survivors tries to find refuge in a shopping mall.

The official synopsis for Train To Busan is:

When a mysterious virus breaks out across South Korea, the infected transform into the murderous undead in wildly successful 2016 thriller TRAIN TO BUSAN, an official New York Times Critic’s Pick that Slant Magazine credits with scare tactics “among the most distinctive the zombie canon has ever seen.” As terrified travelers fight for their lives on a bullet train from hell, the result is a gory high-speed collision between the rich and the poor, the living and the undead, and the best and worst of human nature. When some among them prove willing to sell their soul for a shot at survival, trust may prove to be a luxury even the richest passengers cannot afford.

The official synopsis for 28 Weeks Later is:

This Sequel to the original horror-thriller picks up six months after the military has declared Britain safe from the rage virus, but a terrifying new nightmare soon begins.

Twenty eight weeks after a virus has wiped out all human life in the UK, the island is declared safe, and people start to move back, only to be attacked by thousand who have been infected by a new airborne version of the virus.

The official synopsis for World War Z is:

“The suspense is killer!” proclaims Peter Travers of Rolling Stone in this fast-paced, pulse-pounding epic of the potential last days of the human race. Former United Nations employee Gerry Lane (Brad Pitt) is called upon to help stop the chaotic pandemic that has gripped populations around the world. Lane fights to keep his family safe, while searching for an answer to the outbreak before it destroys all of civilization. David Denby of The New Yorker calls World War Z the “most gratifying action spectacle in years!”

The official synopsis for #Alive is:

As a grisly virus rampages a city, a lone man stays locked inside his apartment, digitally cut off from seeking help and desperate to find a way out.

The official synopsis for Overlord is:

Nothing can prepare you for the mind-blowing mayhem that is Overlord. Mega-producer J.J. Abrams creates an insanely twisted thrill ride about a team of American troops who came face-to-face with Nazi super-soldiers unlike the world has ever seen.

The official synopsis for Maze Runner: The Scorch Trials is:

In this next chapter of the epic “Maze Runner” saga, Thomas (Dylan O’Brien) and his fellow Gladers face their greatest challenge yet: searching for clues about the mysterious and powerful organization known as WCKD. Their journey takes them to the Scorch, a desolate landscape filled with unimaginable obstacles. Teaming up with resistance fighters, the Gladers take on WCKD’s vastly superior forces and uncover its shocking plans for them all.

These are all the best 10 zombie movies of this century, if you have watched them all tell us in the comments we will make a new list for and if you haven’t then what are waiting for.