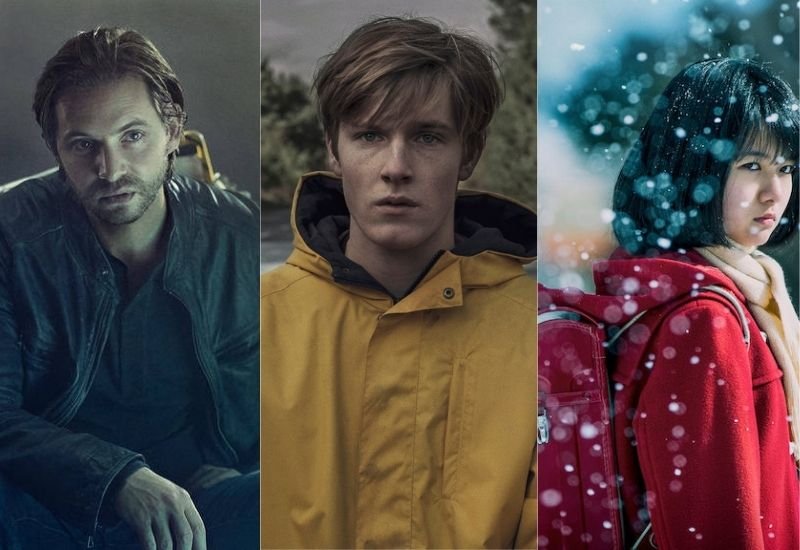 Time Travel is a plot device that’s almost never boring and it’s always fun to watch the characters either going and revisiting their past or seeing them going in an unknown future. Any content created around the concept of time travel always allows us to think about what our future could be or what would have happened if I changed this in my past. So, today we are making a list of the best time-travel TV shows you can watch right now.

The TV shows on this list are not ranked because we think every one of these is worth your time and will keep you entertained.

Synopsis: Christopher Eccleston’s Doctor is wise and funny, cheeky and brave. A loner, his detached logic gives him a vital edge when the world’s in danger. But when it comes to relationships, he can be found wanting. That’s why he needs Rose. From the moment they meet, the Doctor and Rose are soulmates.

Synopsis: From Eric Kripke (“Revolution,” “Supernatural”) and Shawn Ryan (“The Shield”), Season 2 of this thrilling action-adventure series will pick up right where we left off with our heroes. We continue to race throughout history with our beloved team – Rufus (Malcolm Barrett), a scientist; Wyatt (Matt Lanter), a soldier; and Lucy (Abigail Spencer), a history professor – in an attempt to prevent the destruction of the world as we all know it. This season they’ll find an unlikely ally in their quest to ruin Rittenhouse, a deadly organization with plans to change history and reshape reality – even though Lucy’s family has been a part of Rittenhouse for centuries. Still making every effort not to affect the past themselves, they will visit the years 1692, 1917, 1941, 1981 and more. We’ll be introduced to the likes of Marie Curie, Hedy Lamarr, William Randolph Hearst and a multitude of other influential people throughout history.

Synopsis: After finding his mom killed, Satoru’s time-traveling ability takes him back 18 years for a chance to prevent her death and those of three classmates.

Synopsis: Synopsis: When heroes alone are not enough…the world needs legends. Having seen the future, time-traveling rogue Rip Hunter assembles a ragtag group of heroes and villains to confront the immortal threat of Vandal Savage. From the creators of The Flash and Arrow comes this super hero team-up that combines characters from both shows — in addition to new heroes from the DC Comics pantheon.

Synopsis: Contiuum is a police drama starring Rachel Nichols as Kiera Cameron, a cop from the future who finds herself trapped in the present day. When a group of fanatical terrorists escapes their planned execution in the year 2077 by vaulting back in time to 2012, they inadvertently sweep dedicated City Protective Services officer, Kiera, along with them. With unexpected assistance from teen tech genius Alec Sadler, Kiera infiltrates the local police department and forms an uneasy alliance with her new partner, detective Carlos Fonnegra. Though desperate to get back to her husband and son, Kiera concentrates on bringing down the terrorists before they can change the course of history forever.

Synopsis: Based on Diana Gabaldon’s best-selling book series and Executive Produced by Ronald D. Moore, OUTLANDER spans the genres of romance, science fiction, history and adventure as it follows Claire Randall, a married World War II combat nurse who mistakenly falls back in time to 1743. Forced by circumstance to marry Jamie Fraser, an outlawed Highlander, she finds herself falling in love and torn by her loyalties to two men in vastly different times. Claire must reconcile her modern mindset with this 18th Century world amidst threats from ruthless Redcoats, volatile clan politics and a brutal witch trial – and ultimately discovers that there is a fate worse than death as she must struggle to save Jamie’s heart, as well as his soul.

This concludes the list of the best 10 time-travel TV shows you can watch right now. So, if you have watched them tell us in the comments and we will make a new list for you, and if you haven’t what are you waiting for.