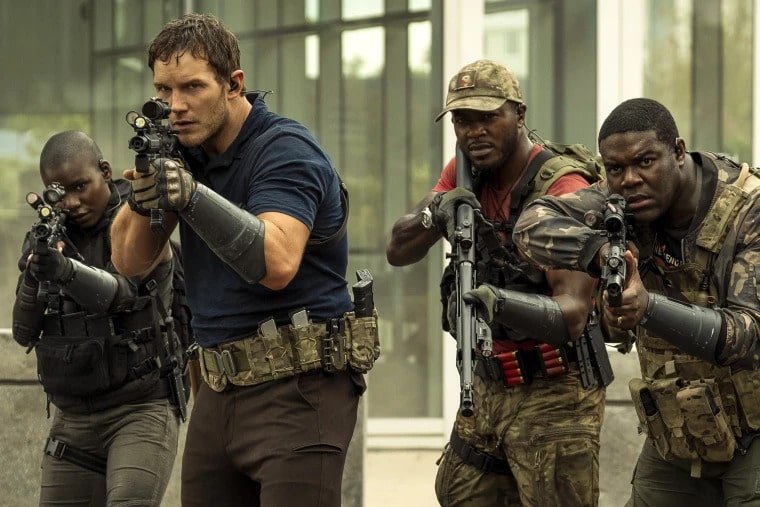 Chris Pratt’s new movie The Tomorrow War has been making quite a buzz on Amazon Prime Video with its action scenes, and amazing creature designs. Fans have loved Pratt in another sci-fi action film and it has attracted some viewers to the streaming service Amazon Prime Video, which is the movie streaming on.

Time travelers arrive from 2051 to deliver an urgent message: 30 years in the future mankind is losing a war against a deadly alien species. The only hope for survival is for soldiers and civilians to be transported to the future and join the fight. Determined to save the world for his daughter, Dan Forester teams up with a brilliant scientist and his estranged father to rewrite the planet’s fate.

The movies mentioned in this list will not be ranked because we think they are all great and worth your time. So, we have made a list of the best 10 movies for you to watch if you liked ‘The Tomorrow War’ :

Synopsis: The ultimate X-Men ensemble fights a war for the survival of the species across two time periods in X-MEN: DAYS OF FUTURE PAST. The beloved characters from the original “X-Men” film trilogy join forces with their younger selves from the past, “X-Men: First Class,” in order to change a major historical event and fight in an epic battle that could save our future.

Synopsis: The epic action of this sci-fi thriller unfolds in a near-future in which an alien race has hit the Earth in an unrelenting assault ,unbeatable by any military unit in the world.Major William Cage (Cruise) is an officer who has never seen a day of combat when he is unceremoniously dropped into what amounts to a suicide mission. Killed within minutes, Cage now finds himself inexplicably thrown into a time loop—forcing him to live out the same brutal combat over and over, fighting and dying again…and again.But with each battle, Cage becomes able to engage the adversaries with increasing skill, alongside Special Forces warrior Rita Vrataski(Blunt). And, as Cage and Rita take the fight to the aliens, each repeated encounter gets them one step closer to defeating the enemy.

Synopsis: Five young New Yorkers throw their friend a going-away party the night that a monster the size of a skyscraper descends upon the city. Told from the point of view of their video camera, the film is a document of their attempt to survive the most surreal, horrifying event of their lives.

Synopsis: With our time on Earth coming to an end, a team of explorers undertakes the most important mission in human history: traveling beyond this galaxy to discover whether mankind has a future among the stars.

Synopsis: On their voyage home, the crew of the deep space tug Nostromo investigates an alien distress signal, inadvertently picking up and bringing aboard an extraterrestrial life form with violent and lethal survival instincts.

Synopsis: If they hear you, they hunt you. In this terrifyingly suspenseful thriller, a family must navigate their lives in silence to avoid mysterious creatures that hunt by sound. Knowing that even the slightest whisper or footstep can bring death, Evelyn (Emily Blunt) and Lee (John Krasinski) Abbott are determined to find a way to protect their children at all costs while they desperately search for a way to fight back.

Synopsis: In the futuristic action thriller Looper, time travel will be invented – but it will be illegal and only available on the black market. When the mob wants to get rid of someone, they will send their target 30 years into the past where a “looper” – a hired gun, like Joe (Joseph Gordon-Levitt) – is waiting to mop up. Joe is getting rich and life is good…until the day the mob decides to “close the loop,” sending back Joe’s future self (Bruce Willis) for assassination. The film is written and directed by Rian Johnson and also stars Emily Blunt, Paul Dano, and Jeff Daniels.

Synopsis: Marty McFly (Michael J. Fox) and Doc Brown (Christopher Lloyd) launch themselves to the year 2015 to fine-tune the future and inadvertently disrupt the space/time continuum.

Synopsis: Bruce Willis is a convict from the future sent back in time to find a treatment for the deadly virus that decimated mankind.

Synopsis: A biologist and former soldier (Natalie Portman) must lead a mission into a mysterious quarantine zone known as The Shimmer, a beautiful but deadly world of mutated landscapes and creatures that threatens all life on Earth. Also starring Oscar Isaac.

This concludes the list of the best 10 movies like ‘The Tomorrow War’. So, if you have watched them tell us in the comments and we will make a new list for you, and if you haven’t what are you waiting for. 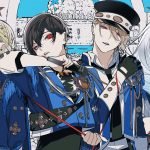