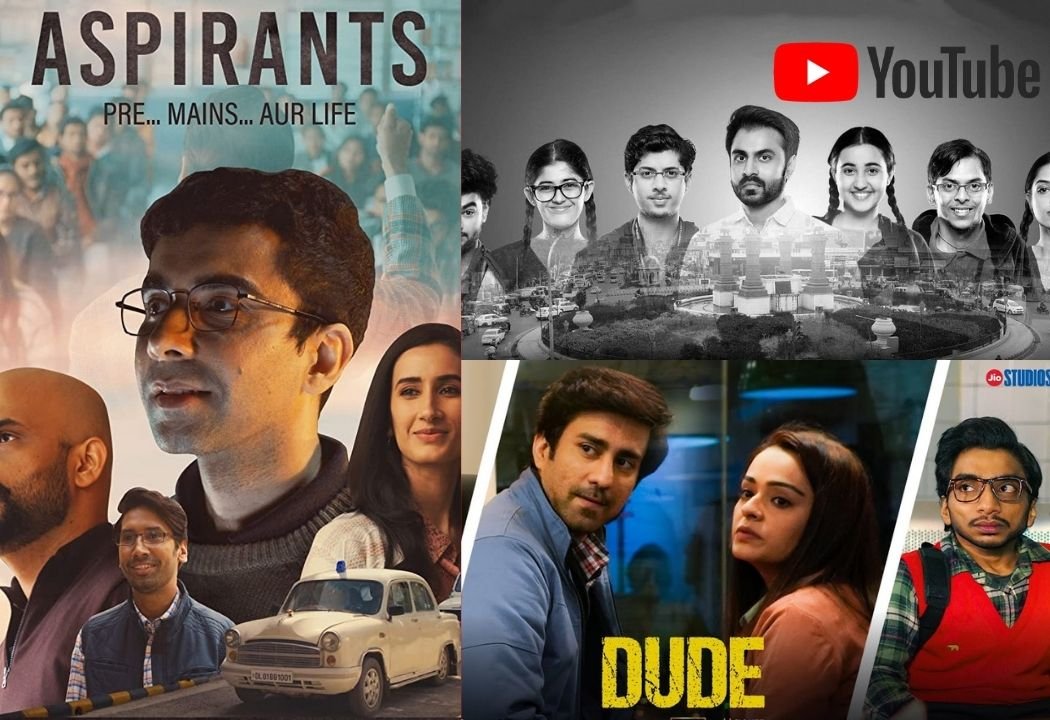 If you are tired of paying Netflix, Amazon Prime Video, and Hotstar, and just want to watch some amazing content without paying for it, then there is so much free content just streaming on YouTube by some very respected production companies like TVF, Alright, and Screenpatti.

This TVF Original premiered in 2019 and quickly became a fan favorite with its quirky humor and relatable charm.

The official synopsis for TVF’s Cubicle is:

This world is actually run by people sitting & working in their cubicles. This is a story of Piyush Prajapati, a 22 year old, fresh out of college and recruited like most of his batchmates into an Indian IT company. From the time he gets his first salary, working weekends, work-life balance, a little bit of heart to all kinds of highs & lows, the show follows many firsts and chronicles the life of Piyush, a typical Indian first jobber & the people around him.

,This TSP Original is a second season of the beloved series Awkward Conversations with Parents and it follows the same protagonist Ishaan but now in a different situtaion.

The official synopsis for TSP’s Awkward Conversations with Girlfriend is:

You all loved Ishan when he got into awkward conversations with his parents. And now three years later, he is getting into awkward situations with his girlfriend, Ananya. So, come hop on to this fun ride of the Gen Z couple as #ItsAllAwkward​ this time.

This Alright! Originalriginal is one of the best if not the best mystery thriller web series available on YouTube and it aired its finale on March 24, 2020.

Dude depicts the life of a detective, scrambling to hunt down the answers behind a baffling case. It reels him into twisted relationships filled with perplexing events. And the more he tries to untangle the truth, the more convoluted it becomes.

This Hasley India Original is a romantic web series set in an office enviornment, the first season of the series is available on YouTube with second season coming out soon,

The official synopsis for Not Dating is:

Not Dating is a story of two best friends Rachit and Hardik who falls in love and their romantic journey begins or you can say fun begins.

This Dice Media Original follows three friends as they try to deal with the pressures of becoming a medical student. Season 1 and Season 2 both are available to binge on YouTube.

This Dice Media Original follows two young adults as they do their jobs and find love. Both Season 1 and Season 2 are available to binge on YouTube.

The official synopsis for Please Find Attached is:

Hey Guys! Meet Shaurya and Sanya. Two young millennials who are trying to find right balance between their work and personal lives in suburban Mumbai. Come on a journey with them as they constantly struggle to find the right work life balance. Can they work it out?

Another one of the Dice Media Original is Adulting and it follows two millennials in Mumbai as they try to grow up. Both Season 1 and Season 2 are available to binge watch on YouTube.

The official synopsis for Adulting is:

From the makers of Little Things and What The Folks (WTF!) comes “Adulting”, a coming of age story about two young women trying to handle the responsibilities of being independent adults in the fast-paced, urban bustle of Mumbai.

Take a peek into the daily life and shenanigans of two twenty-something women: Ray & Nikhat, as they try to make it through adulthood in their own unique way.

Another one of the Dice Media Original series which has aired three seasons of remarkable content with a lot heart, all of the seasons are available to binge watch on YouTube.

The official synopsis for What The Folks is:

The show encapsulates the struggles of Nikhil, a young man who is forced to live with his in-laws for a few weeks. Nikhil’s bittersweet interactions with his wife’s family, peppered with the stark differences in their lifestyles, will remind you of your own family and leave you with a smile on your face.

‘This TVF Original perfectly captured the feel of a student put under intense pressure and the passion for the studies in the illusive city of Kota. After the mega hit Season 1 which is available on YouTube, Kota Factory Season 2 is coming on Netflix.

The official synopsis for Kota Factory is:

This TVF Original follows the lives of four bachelors as they try to deal with their everyday problems. Each episode is a parody of a Bollywood movie including Lagaan and Bahubali.

This TVF Original still hasn’t aired its finale episode but it’s just such a good series we have to add it to the list. The final episode of the series will premiere on TVF’s official YouTube channel 06 May, 2021.

The official synopsis for Aspirants is:

UPSC – One of the toughest exams in the world. Nothing comes easy when you are preparing for it as an Aspirant. In Delhi’s Old Rajinder Nagar, thousands of people come every year with a dream of becoming an IAS officer. It takes a lot of hard work, perseverance, and discipline to crack it. But it also takes a lot of heart to endure the pressure.