Adult Swim is nothing if not a goldmine of content, with basically something to watch for everyone, and today we are making a list of the best 10 Adult Swim animated TV shows you can watch right now. The TV Shows on this list are not ranked.

Synopsis: This is a remake using old animation from Hanna-Barbera’s Sealab 2020, which was an educational cartoon about the environment. The premise for Sealab 2021 is that all of the characters have gone insane. Few if any characters on the show would be deemed able to run a trillion-dollar research station, especially Captain Murphy, who is left in charge.

Synopsis: With an alcoholic soccer coach for a father figure and a woman who swears during parent/teacher conferences for an actual mother, eight-year-old Brendon Small chronicles his life as a jaded third-grader (who happens to have the brain of a twenty-something) with his video camera in order to cope with the trials of his oddly precocious life.

Synopsis: Death-metal band Dethklok has a lingering effect on its fans, who take the words seriously and do anything Dethklok lyrics say. The government fears the band’s influence and sets out to destroy it by covert means. Deemed sociopaths for tossing hot coffee at their concert attendees, two of the band members are alcoholics, and they all have self-esteem issues.

Synopsis: From the co-creators of “Sealab 2021,” this tale revolves around a super villain named Killface and his struggle to destroy the world — but he finds that global destruction is hard work. While Killface unenthusiastically deals with his tasks, his nemesis, billionaire playboy Xander Crews, is on the case. Xander’s superhero alias, Awesome X, puts on a good face to make sure his action figure line of toys stays in business.

Synopsis: Brothers Huey and Riley Freeman move from the South Side of Chicago to live with their grandfather in the predominantly white suburb of Woodcrest. A clash of lifestyles, class and culture follows.

This concludes the list of the best 10 Adult Swin animated TV shows. So, if you have watched them tell us in the comments and we will make a new list for you, and if you haven’t what are you waiting for. 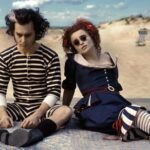 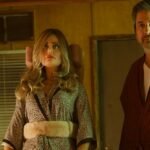