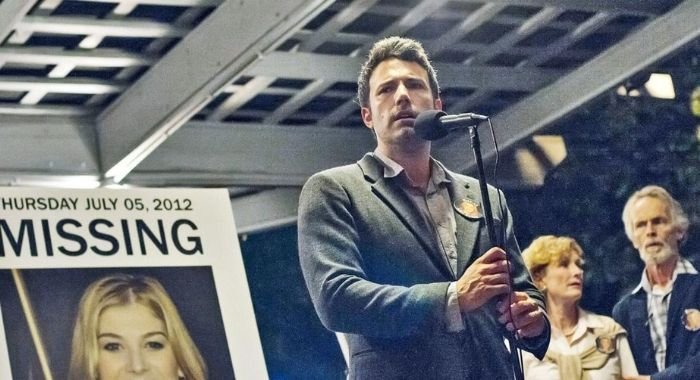 Ben Affleck is one of those actors from who you can expect a brilliant performance even though the film is not that great, for example, his latest film Deep Water which is available to stream right now on Hulu. While Affleck is widely known for his brilliant acting and directing but his work in the thriller genre is some of the best thriller films that were ever made. So, if you like Ben Affleck you should see these thriller movies.

Synopsis: Seth Davis (Giovanni Ribisi), an ambitious and intelligent college drop-out, is eager to show his aloof father that he can succeed in life and takes a job at a small stock brokerage firm, where he meets with great success. But when he learns that the company is selling worthless securities to gullible buyers, he realizes the cost of his ambitions—and how deeply embroiled he has become in the scam. Also stars Nia Long, Ben Affleck, Tom Everett Scott and Ron Rifkin.

Synopsis: Christian Wolff (Affleck) is a math savant with more affinity for numbers than people. Behind the cover of a small-town CPA office, he works as a freelance accountant for some of the world’s most dangerous criminal organizations. With the Treasury Department’s Crime Enforcement Division, run by Ray King (J.K. Simmons), starting to close in, Christian takes on a legitimate client: a state-of-the-art robotics company where an accounting clerk (Anna Kendrick) has discovered a discrepancy involving millions of dollars. But as Christian uncooks the books and gets closer to the truth, it is the body count that starts to rise. The Accountant also stars Oscar nominee Anna Kendrick (Up in the Air, Into the Woods), Oscar winner J.K. Simmons (Whiplash, the Spider-Man films), Jon Bernthal (Fury, The Wolf of Wall Street), Jean Smart (TV’s Fargo, 24), and Cynthia Addai-Robinson (Star Trek: Into Darkness), with Jeffrey Tambor (TV’s Transparent, The Hangover films) and two-time Oscar nominee John Lithgow (Interstellar, Terms of Endearment, The World According to Garp).

Synopsis: Late for court, an attorney weaves in and out of traffic. In a different lane, a father whose right to see his children rests on getting to court on time. A minor accident will turn these two strangers into beasts.

Synopsis: Academy Award®-winner Russell Crowe leads an all-star cast, including Ben Affleck, Rachel McAdams & Helen Mirren in the gripping thriller about deception, manipulation & corruption. When D.C. Reporter Cal McCaffrey (Crowe) is assigned to investigate the murder of an assistant to an up-and-coming politician (Affleck), he uncovers a conspiracy that threatens to bring down the nation’s power structures. In a town of spin-doctors and wealthy power brokers, he will discover one truth: when fortunes are at stake, no one’s integrity, love or life is safe.