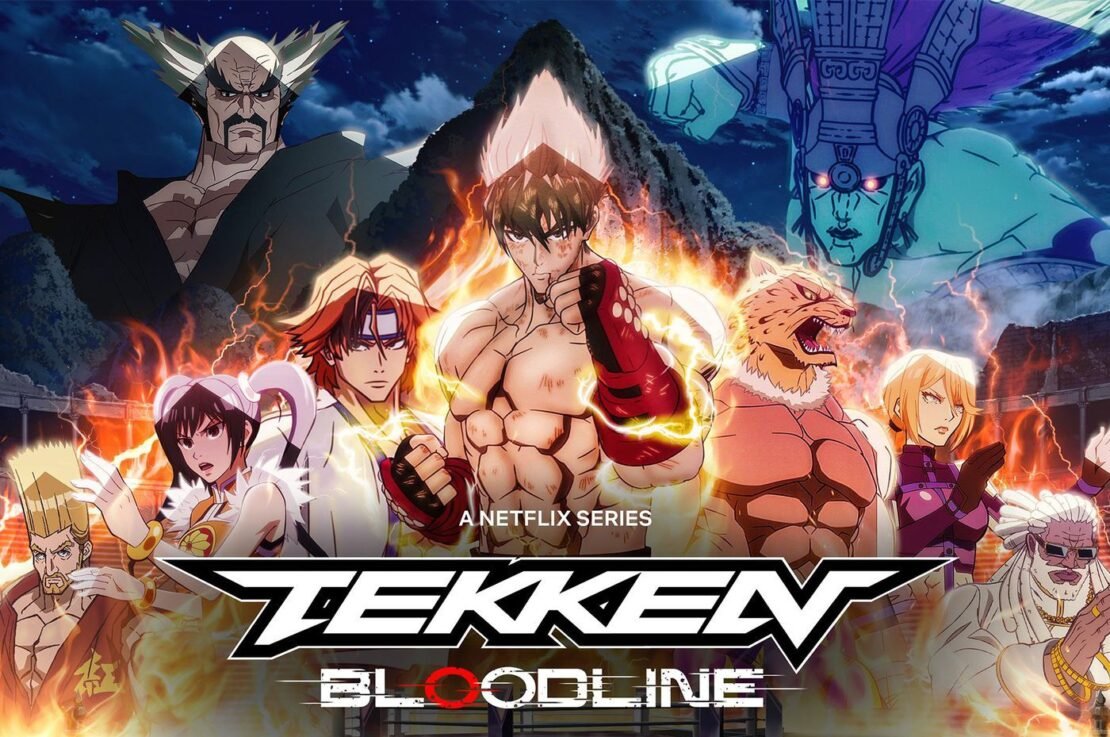 Netflix’s latest adaptation of the ever-expanding Tekken multimedia is the new anime series Tekken: Bloodline. The Netflix series is a loose adaptation of the Tekken 3 video game. In the series after losing his mother to Ogre, Jin sets out to find his grandfather Heihachi Mishima. In the beginning, Heihachi is dismissive of Jin even after finding out that he is his grandson but after he learns that Ogre killed his mother he agrees to train Jin in the Mishima way and after four years of brutal training Heihachi organizes the Third King of Iron Fist Tournament to lure Ogre out. If you have already binged Tekken: Bloodline on Netflix here are some more anime movies and shows you could watch for some more thrills.

Synopsis: “Record of Ragnarok” is the story of 13 gods from across the globe and 13 of the world’s most notable humans fighting it out in one-on-one battles to decide the fate of humanity. Based on the manga created by Azychika, Shinya Umemura and Takumi Fukui, an earnest battle of transcendental rage begins!

Also Read: Best Anime Shows Like ‘My Hero Academia’ To Watch If You Love the Series

Synopsis: Hunters are specialized in a wide variety of fields, ranging from treasure hunting to cooking. They have access to otherwise unavailable funds and information that allow them to pursue their dreams and interests. However, being a hunter is a special privilege, only attained by taking a deadly exam with an extremely low success rate. Gon Freecss, a 12-year-old boy with the hope of finding his missing father, sets out on a quest to take the Hunter Exam. Along the way, he picks up three companions who also aim to take the dangerous test: the revenge-seeking Kurapika, aspiring doctor Leorio Paladiknight, and a mischievous child the same age as Gon, Killua Zoldyck.

Synopsis: Jin Mori has proclaimed himself the strongest high schooler. His life changes when he’s invited to participate in “God of High School,” a tournament to determine the strongest high schooler of all. He’s told that if he wins, any wish he makes will be granted. All the participants are powerful contenders who fight their hardest for their own wishes. What awaits them at the end of the tournament? A chaotic battle between unbelievably strong high school students is about to begin!

Synopsis: Around the end of the millennium, Viking, the mightiest but atrocious tribe, had been outbreaking everywhere.Thorfinn, the son of the greatest warrior, lived his childhood in the battlefield. He was seeking the land of reverie called Vinland.This is the story of a true warrior in an age of turmoil.

Synopsis: A desolate land stretches out from the city of poverty. A motorcycle speeds recklessly, blowing clouds of sand and dust. The rider is the protagonist of this story – he has neither a name nor a past. All he has is his ring name, “Junk Dog” and a technique for rigging MEGALOBOX matches with his pal Gansaku Nanbu, which they use to support their hand-to-mouth lives. JD is bored, resigned, and unfulfilled. Yuri has been the reigning champion of MEGALOBOX for the past few years. He has the skills and presence of a true champion. This is a story of JD and his rival, Yuri.

Synopsis: After dying to save a boy, delinquent tough guy Yusuke Urameshi is granted another chance at life by redeeming himself as a “Spirit Detective.”

Synopsis: After overcoming countless intense battles with powerful enemies, the time is finally ripe for Baki to face his father, Yujiro Hanma, who is said to be “the strongest creature on Earth.” Before this battle, Baki chooses Biscuit Oliva—also known as Mr. Unchained—as an appropriate sparring partner. Oliva is currently incarcerated in a prison called the “Black Pentagon,” home to only the most violent criminals. In order to fight Oliva, Baki gets himself imprisoned in the Black Pentagon. However, in addition to his desired sparring partner, a number of terrifying fighters also await him here!

Synopsis: Ohma Tokita enters a hidden world where corporate disputes are settles in brutal gladiator bouts. Forget the money he just wants to fight and win.

Synopsis: Tekken: The Motion Picture is an anime adaptation of the Tekken fighting video game series by Namco. Produced by ASCII Corporation and Sony Music Entertainment Japan and animated by Studio Deen, it was originally released in Japan as a two-episode OVA in 1998, and as a full-length feature for Western releases. It’s one of the first OVAs to use digital ink and paint. The film’s story is loosely based on the first game, where Kazuya is the main character and Heihachi is the Head of the Mishima Zaibatsu, and Tekken 2, which features Jun and Lei’s investigation of the Zaibatsu’s illegal activities, although it also incorporates some elements from Tekken 3.