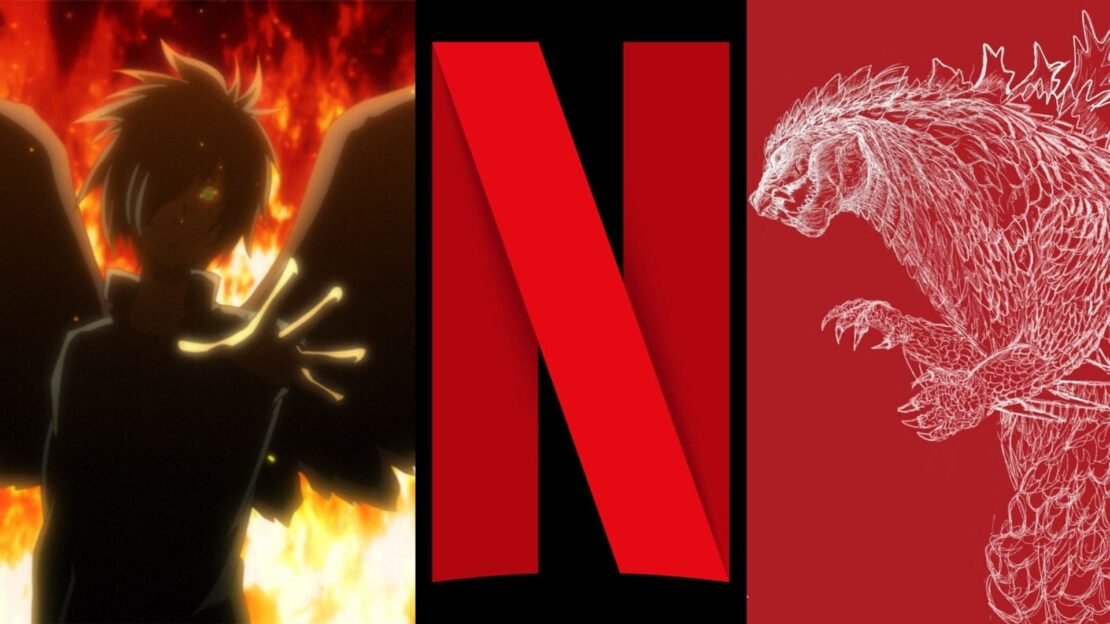 Netflix knows how to keep its fans happy. OTAKU, Anime fans in Japanese get ready for some action, drama and euphoria. Netflix is bringing more and more animation series for its enthusiasts this year. The list is ready and we are excited to share it with all the Netflix followers.

This series created by Studio G is ready to go on air on Thursday, February 25, 2021. This Netflix original showcases a high school student, Yuri Honjo, who is hooked up amongst giant turrets. She has to get rid of the masked hostiles who have entered her planet and killing the victims.

Another animation series in the trial to join NETFLIX is PACIFIC RIM: THE BLACK. A total of seven episodes will be released for anime fans. We are sure fans must be eager to know the plot and arrival date. Remember to keep yourself free on Thursday, March 4, 2021, for this fantastic animation caravan.

The devil Kaiju is back again to destroy and disturb the folks of Australia. Kaiju was defeated by the humans but is back now to make lives worse again. Will the brother-sister duo be able to defeat the monster? Pacific Rim is a production of Polygon Pictures.

B: The Beginning: Succession (Season 2)

This one is for all those who love technology and science. There’s been a long wait for the second season of the sci-fi drama but finally, the wait is over. Netflix has announced the release of the second season, succession. The release date has been set to March 18, 2021and we all know it’s a Thursday. Keep yourself available and vacant.

Keith has to kill B, the master of crime and murder who has created turmoil by killing so many innocent civilians. People of Cremona are in great trouble and danger. Keith is the only hope for the people of Cremona. The crime series got a lot of fan following for Season 1. All the buffs are very anxious for season 2. Cremona should be free from the demon. There are a lot of expectations after the success of season one. We hope that SUCCESSION earns great success.

Hey Netizens, there is fantastic news for you. Netflix is coming with something new. Yeah!! we can feel the excitement. Netflix is soon to release Anime Series in March 2021. Netflix fans will not have to wait much. Let us give you some more details about the series. Netflix has announced recently about the DOTA series and they are collaborating with Valve for the same.

Fantasy and adventure fans are eager to know the release date. But don’t worry, the date has been announced. Not so far, it’s been kept to March 5, 2021. Dota: Dragon’s Blood will be on Netflix on Thursday the March 5th. Get ready for a thrilling voyage.

The new anime was supposed to release in 2020 but thanks to the pandemic the release was postponed. Finally, the series is to be on board in May 2021. The series looks promising and is expected to be one of the best on Netflix. Broadcasted under Qubic Pictures and directed by Yasuhiro (whom the fans remember for Full Metal: Alchemist), the animation fun could be next degree. The series we must say is for sci-fi lovers. Taking off to the future, one thousand years ahead If would-be exciting and adventurous. In a city in Eden, full of robots where humans are history, two robots discover a human baby girl and decide to raise her and keep her safe. The story seems to be fun and thrilling.

The followers of Beastars season one are eager for the new season after it’s hit release in the year 2019. The series is predicted to return in July 2021 with a bang.

The story revolves around anthropomorphic animals divided into two teams, carnivores and herbivores. Cherryton Academy is full of these amazing creatures with the deer Louis being THE STAR and running the club. Legosi, the sheepish and shy wolf is a member of the drama club. An incident leaves the carnivores and herbivores fighting. Let us wait for the series to know what was the incident and where the story turns after the incident.

The rumour is supposed to come true with the RESIDENTIAL EVIL game turning into anime series. Netflix has announced the release somewhere in July 2021. But the game lovers are shouting with cheer and delight. The series will be released under TMS entertainment.

All the action lovers gear up and get ready for the fifth season of THE SEVEN DEADLY SINS. A lot of fight and action is anticipated.

All the favourite characters are prepared to fight the dominant foe. The anime series is quite late on the release list but promises a lot of action, stunts and battles.

Who doesn’t love SUPERHEROES? Ultraman, the Japanese superhero will be back soon on Netflix wit the release announced for 2021. Shinjiro is fascinated to know about his father being Ultraman. A little sad about his return to his planet. With good memories of the GIANT OF LIGHT and his father, Shinjiro is all set to become the new ULTRAMAN saving the earth from monsters and demons.

Vampire in the Garden

Long ago there was peace amongst the vampires and humans. History is long forbidden and they are true enemies. But not for long as the vampire queen and a young same get together to bring consensus again.

This Netflix original is for the samurai and action buffs. With the release date in 2021, anime lovers have something full of enthusiasm on the list. The creator La Seasn Thomas is all set to bring samurais back.

Are you ready for fun and laughter?? Fasten your seatbelts fora comic and amusing ride to Roman Architecture. What is the mystery behind the Roman old tunnel leading to a Japanese bathhouse? Get ready to have fun with Lucius on this amazing journey this 2021.

The cute and adorable little bear from Japan is all set to take its fans to a theme park this year. Let’s wait and watch the twists and turns that will take place in the theme park AT NIGHT!! Can you feel the goosebumps?

The Way of the Househusband Season 1

A comic anime series is in the queue. On much demand, the manga has been turned to anime. It would be fun to watch a crime leader following the instructions of his wife.

Spriggan, known for its manga released in the ’80s and PlayStation video game released in 1999. Finally, the manga has been adopted by David Productions and is getting ready for its release as anime in 2021.

Let’s find out if the future generation can find out and use the superpowers of the historic civilisation. But it’s not easy as they have to fight a batallion of enemies called Spriggan.

Netflix is gearing up to make the fans of horror and crime happy this 2021. Base Entertainment and Jay Olivia have announced the release of the horror animated series.

So followers, as the teaser says BEWARE, ALEXANDRA TRESE is coming for you!! We hope that she is not standing right beside you.

The celebrated Studio Ghibli artist, Eiji Yamamori along with Studio CG is returning with another story of Godzilla. Many fans have been watching GODZILLA since childhood and it’s crazy and thrilling to watch the ancient beasts surge and fight. Equip yourself to meet the deadly devils in 2021.

TMS Entertainment has announced this anime. The Netflix original is expected to be the fourth part of the Baki series. It seems to be the final sequel of Baki with a ballad climax.

How would it be for Baki Hana to face his father for a lethal feud. The series is undoubtedly for the lovers of martial arts and action.

Netizens, we wish that you liked the list and are waiting for them with great zeal and excitement. All the anime series seem promising and different from each other.