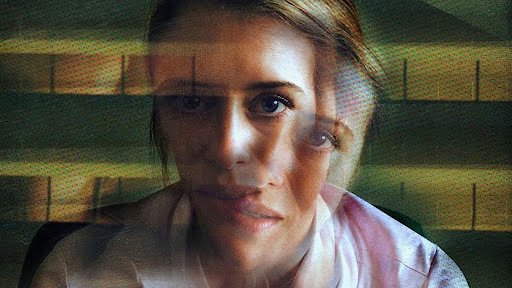 Halloween is upon us and it’s time to watch something spooky. Horror is the best genre for this season as it has the most awesome horror-based holiday. So, cut out the pumpkin, get some candy, and see these 20 horror films on Hulu for Halloween.

Synopsis: Having been revived at the hospital, Jason returns to Crystal Lake to meet more victims. However, this time has he met his match in Tommy Jarvis?

Synopsis: Michael Keaton, Academy Award winner Geena Davis, Alec Baldwin, and Winona Ryder star in director Tim Burton’s comic twist on supernatural horror tales–Beetlejuice. When a couple of nice, young homebody ghosts try to haunt the pretentious humans who have moved into their house, they ask for help from a demonic wraith they cannot control in this comic fantasy that mixes the quick and the dead with a laugh and a fright.

Synopsis: MEMORIES OF MURDER tells the harrowing true story of the hunt for a sadistic serial rapist and murderer terrorizing a small province in 1980s South Korea. Marking the first of many successful collaborations between four-time Oscar winner Bong Joon Ho and leading man Song Kang Ho, the film follows the paths of three increasingly desperate detectives as they attempt to decipher the violent mind of a killer in a futile effort to solve the case. Now, seventeen years after its initial release, and a year after the real culprit was identified, this cult classic takes its place as a modern masterpiece.

Synopsis: In this crossover Korean horror hit, a giant mutant sea monster terrorizes Seoul. But the ferocious creature known as “The Host” is no lumbering beast like Godzilla. It selects what it wants carefully, and what it wants is the Hyun-seo, who it drags back to it’s deep, dark hideout. Now it’s up to Hyun-seo’s father Gang-du, a food-stand worker who’s anything but a traditional hero, to infiltrate the forbidden zone and rescue his daughter from the clutches of the horrifying creature. Cahiers du Cinema named THE HOST the fourth best film of the entire 2000s.

Synopsis: In this darkly comic gem, it’s Christmas Eve in northern Finland, and an archeological dig has just unearthed Santa Claus. But this Santa isn’t one you want coming to town.

Synopsis: A lively reunion is abruptly brought to an end when a gang of mysterious killers, disguised in animal masks, wage an all-out assault on the Davison’s secluded home. Using a series of sophisticated traps, axes, crossbows and machetes, the family are slaughtered one by one until nowhere is safe. But neither the attackers, nor their victims, have counted on Erin (Sharni Vinson, STEP UP 3D); an innocent girlfriend who has the killer instinct to fight back…

Synopsis: When Curtis (Michael Shannon) begins having nightmares of an encroaching, apocalyptic storm, he refrains from telling his wife, Samantha (Jessica Chastain). To protect her and their six-year-old deaf daughter Hannah, Curtis starts focusing his anxiety and money into the obsessive building of a storm shelter. While Hannah’s healthcare and special needs education has resulted in financial struggle, Curtis’ seemingly inexplicable behavior concerns Samantha and provokes intolerance among co-workers, friends and neighbors. However, the resulting strain on his marriage and tension within the community doesn’t compare to Curtis’ private fear of what his disturbing dreams may truly signify.

Synopsis: On a desolate stretch of desert highway, weary travelers are forced to confront their worst fears and darkest secrets in a series of interwoven tales of terror and remorse.

Synopsis: Maureen, mid-20s, is a personal shopper for a media celebrity. The job pays for her stay in Paris, a city she refuses to leave until she makes contact with her twin brother who previously died there. Her life becomes more complicated when a mysterious person contacts her via text message.

Synopsis: A young woman is involuntarily committed to a mental institution where she is confronted by her greatest fear – but is it real or is it a product of her delusion?

Synopsis: A fragile, anxious boy, 12-year-old Oskar is regularly bullied by his stronger classmates but never strikes back. The lonely boys wish for a friend seems to comes true when he meets Eli, also 12, who moves in next door to him. But Elis arrival coincides with a series of gruesome deaths and attacks. Though Oskar realizes that she’s a vampire, his friendship with her is stronger than his fear… Swedish filmmaker Tomas Alfredson weaves friendship, rejection and loyalty into a disturbing, darkly atmospheric, yet unexpectedly tender tableau of adolescence. The feature is based on the best-selling novel by John Ajvide Lindqvist, which the U.K. press qualified as “reminiscent of Stephen King at his best.”

Synopsis: A picture-perfect family is shattered when the work of a serial killer hits too close to home. Dylan McDermott stars in this chilling portrait of all-American evil.

Synopsis: When a massive hurricane hits her Florida hometown, Haley (KayaScodelario) ignores evacuation orders to search for her missing father (BarryPepper). Finding him gravely injured in the crawl space of their family home, the two become trapped by quickly encroaching floodwaters. As time runs out to escape the strengthening storm, Haley and her father discover that the rising water level is the least of their fears.

Synopsis: A film dedicated to all the kindergarten teachers who motivate children to learn, instill them with confidence and stop them from being devoured by zombies.

Synopsis: A solitary marine biology student, doing research on a fishing trawler, struggles to gain the trust of the close-knit crew when they encounter an unfathomable creature that threatens their lives.

Synopsis: In this horror satire set in 1989, Bad Hair follows an ambitious young woman (Elle Lorraine) who gets a weave in order to succeed in the image-obsessed world of music television. However, her flourishing career comes at a great cost when she realizes that her new hair may have a mind of its own.

This concludes the list of the best 20 Horror movies on Hulu for Halloween you can watch right now. So, if you have watched them tell us in the comments and we will make a new list for you, and if you haven’t what are you waiting for.