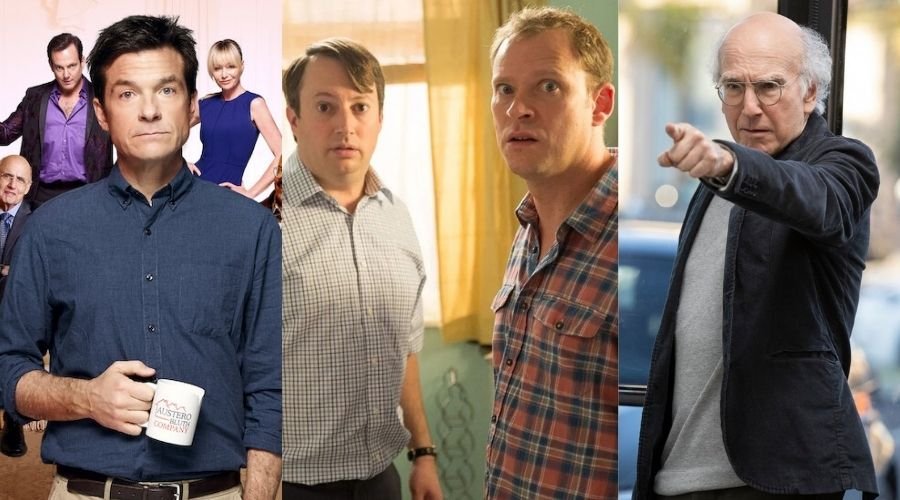 Sitcoms are like a cup of hot chocolate on a chilly night, but they get greater if you can watch it again and laugh as much as you laughed the first time you watched it. So, here we are making a list of the 10 most re-watchable sitcoms for you to enjoy.

Synopsis: Meet the most beloved sitcom horse of the ’90s, 20 years later. He’s a curmudgeon with a heart of…not quite gold…but something like gold. Copper?

Synopsis: Relive the dawn of the South Park era, with legendary episodes of the groundbreaking, Emmy Award-winning animated classic. Follow everyone’s favorite troublemakers – Stan, Kyle, Cartman and Kenny – from the very beginning of their unforgettable adventures.

Synopsis: This long-running animated comedy focuses on the eponymous family in the town of Springfield in an unnamed U.S. state. The head of the Simpson family, Homer, is not a typical family man. A nuclear-plant employee, he does his best to lead his family but often finds that they are leading him. The family includes loving, blue-haired matriarch Marge, troublemaking son Bart, overachieving daughter Lisa and baby Maggie. Other Springfield residents include the family’s religious neighbor, Ned Flanders, family physician Dr. Hibbert, Moe the bartender and police chief Clancy Wiggum.

Synopsis: Peep Show is a brand-new narrative comedy series seen through the eyes of the core characters. And in another inventive twist, each character’s inner thoughts can be heard – whether they be dark, stupid or embarrassingly overblown. At the center of Peep Show are Mark and Jeremy, who have an unhealthy reliance on one another – a dependence that can turn to frustration. Mark – in his cack-handed way – is in pursuit of the love of his life, co-worker Sophie (Olivia Colman), while Jeremy lives in awe of his idiotic and manipulative mate Superhans and their beautiful but brittle neighbor Toni.

Synopsis: Dunder Mufflin Regional Manager Michael Scott (Steve Carell) leads the documentary team and his staff on a journey through inappropriate behavior, well-intentioned but misguided comments and a myriad of poor management techniques.

Synopsis: Today’s American families come in all shapes and sizes. The cookie cutter mold of man + wife + 2.5 kids is a thing of the past, as it becomes quickly apparent in the bird’s eye view of ABC’s half-hour comedy, which takes an honest and often hilarious look at the composition and complexity of modern family life.

Synopsis: In this critically acclaimed series, Michael Bluth is forced to help his wildly eccentric family pick up the pieces after its wealthy patriarch is arrested and its assets frozen.

This concludes the list of the 10 most re-watchable sitcoms you can watch right now. If you have watched them all tell us in the comments we will make a new list for you and if you haven’t, What are you waiting for?