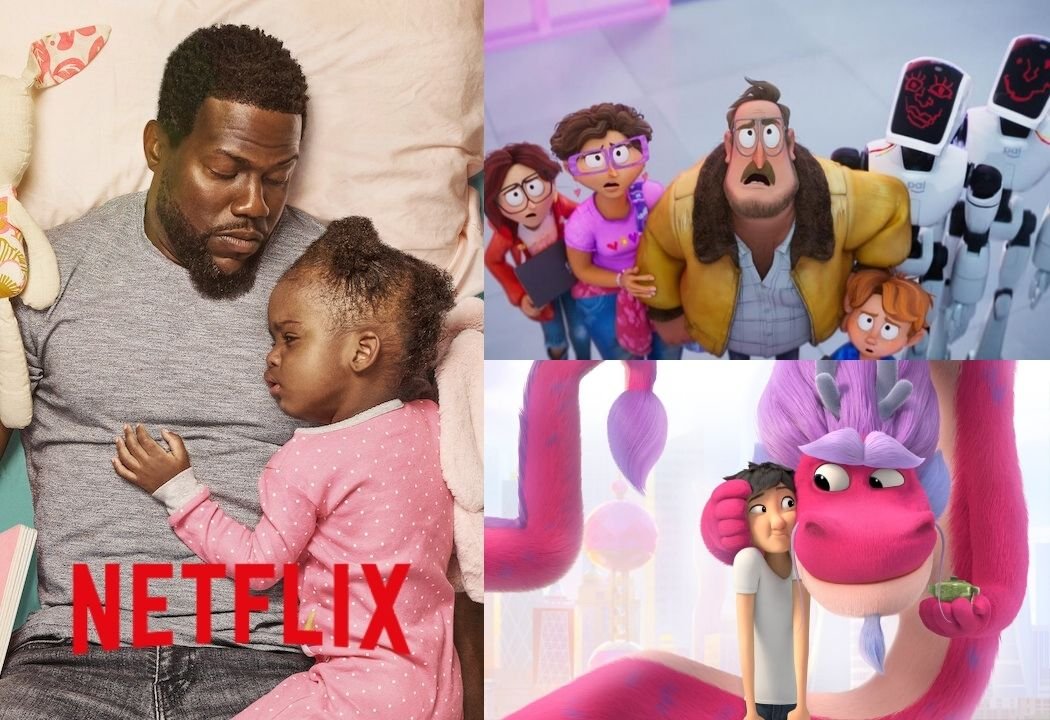 The movies on this list are not ranked because we think that they all deserve some of your time except Good on Paper (because I haven’t seen it yet). So here are the 10 most popular movies on Netflix right now.

Synopsis: Kevin Hart stars in a heartwarming, funny and emotional true story about a widower taking on one of the toughest jobs in the world: fatherhood. Alfre Woodard, Lil Rel Howery, DeWanda Wise, Anthony Carrigan, and Paul Reiser round out this all-star cast.

Synopsis: The privileged life of a pampered dog named Trouble is turned upside-down when he gets lost and must learn to survive on the big-city streets.

Synopsis: There has been a drastic increase in possessions across the country. Father Peter (GuyPearce) a renowned exorcist is serving the church by overseeing trainee priests while they take the last step in their on-the-job training – identifying possession and learning the rites of exorcism. Father Daniel Garcia is Father Peter’s latest trainee. As the priests plunge deeper into hell on earth, the lines between good and evil blur, and their own demons emerge.

Synopsis: Determined teen Din is longing to reconnect with his childhood best friend when he meets a wish-granting dragon who shows him the magic of possibilities.

Synopsis: After years of putting her career first, a stand-up comic meets a guy who seems perfect: smart, nice, successful… and possibly too good to be true.

Synopsis: From the creators of “How to Train Your Dragon” comes the hilarious and heartwarming, hit comedy featuring the extraordinary voice talents of Jim Parsons, Steve Martin, Rihanna and Jennifer Lopez. When Oh, a lovable misfit from another planet, lands on Earth and meets a teenage girl named Tip, the two unlikely friends embark on the greatest journey of all time…the journey home. Based on the critically acclaimed book “The True Meaning of Smekday” by Adam Rex.

Synopsis: In 1879, Kenshin and his allies face their strongest enemy yet: his former brother-in-law Enishi Yukishiro and his minions, who’ve vowed their revenge.

Synopsis: The Secret Life of Pets 2 continues the story of Max (Patton Oswalt), Gidget (Jenny Slate), Snowball (Kevin Hart) and the rest of the gang as they take on new adventures and are pushed to find the courage to become their own heroes. Explore the emotional lives of our pets – the deep bond between them, the families that love them – and find out what your pets are really doing when you’re not at home.

Synopsis: “The Mitchells vs. The Machines” is an original animated comedy from director Mike Rianda (​Gravity Falls​) and producers Phil Lord and Christopher Miller (​Spider-Man: Into the Spider-Verse,​ ​The Lego Movie​). When Katie Mitchell (voiced by Abbi Jacobson), a creative outsider, is accepted into the film school of her dreams, her plans to meet “her people” at college are upended when her nature-loving dad Rick (voiced by Danny McBride) determines the whole family should drive Katie to school together and bond as a family one last time. Katie and Rick are joined by the rest of the family, including Katie’s wildly positive mom Linda (voiced by Maya Rudolph), her quirky little brother Aaron (voiced by Mike Rianda), and the family’s delightfully chubby pug Monchi for the ultimate family road trip. Suddenly, the Mitchells’ plans are interrupted by a tech uprising: all around the world, the electronic devices people love – from phones, to appliances, to an innovative new line of personal robots – decide it’s time to take over. With the help of two friendly malfunctioning robots, the Mitchells will have to get past their problems and work together to save each other and the world!

Synopsis: After taking a job as a mall security guard, a former Marine steps up to protect a young girl who’s being hunted by heavily armed mercenaries.

This concludes the list of the top 10 most popular movies on Netflix right now. So, if you have watched them tell us in the comments and we will make a new list for you and if you haven’t what are you waiting for.